A History of Betting on Horses in the UK

As a pastime, horse racing has been in existence for pretty much as long as humans and horses have been in contact. It is well known that chariot racing was a popular feature in the ancient Greek Olympic Games – which dates back as far as 510bc – and that it was also a prominent feature in early Roman times, often being used in religious festivals and celebrations between neighbouring towns. There is also evidence to suggest that people have been pitting horses against one another ever since they were first domesticated in central Asia in around 3500-4000bc. Now, thousands of years later, horse racing stands as one of the most popular and most lucrative betting markets in the UK, which gathers worldwide interest and contributes billions of £’s to the economy. This remarkable journey will be detailed below in our English horse betting history page.

The timeline above shows how horse racing came to resemble the gentlemanly, organised, spectator sport as it is seen today. Carry on reading down below as we delve a little deeper into English horse betting history and explain how the sport evolved to become one of the foundations of British sports betting culture. 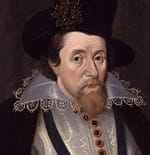 “When did horse racing start?” This is a commonly asked question that’s very hard to pinpoint to an exact moment in time. Although the first formal horse racing events in the UK were thought to have taken place during the middle ages during the reign of Henry II, it really came to the fore in English culture during the reign of King James I. It wasn’t until he established the small town of Newmarket as a royal resort, built the famous castle and began racing horses there that it became known as a major landmark for horse racing and other races began to appear in other parts of the country in locations such as Yorkshire, Croydon and Enfield. 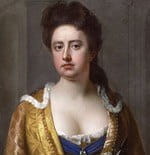 It was under the reign of Queen Anne that horse racing really took off and started to resemble the sport as it is known today. In 1711 she first had the vision of a major racecourse at Ascot. One day whilst out riding she is reported to have looked out onto an area of open land close to Windsor Castle and expressed her desire to establish an area “for horses to gallop at full stretch”. Later that year the first ever race meeting is held at Ascot. To this day, the opening race at the Royal Ascot festival each year, the Queen Anne Stakes, is fondly named after her in recognition of her efforts to progress the sport as a mainstream past time in British sports culture. 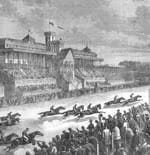 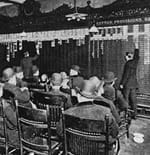 With the intention of providing a legitimate, government controlled solution to illegal off-course betting operations, Winston Churchill passes the Race Betting Act in 1928. The legislation meant that profits made from betting could be invested back into the sport, and also that betting could now be taxed and controlled by the government. This lent a fair amount of credibility to betting on the sport as no longer did people have to go via illegitimate gambling rigs or undesirable operations in order to place bets. They could now place wagers with full peace of mind that they were dealing with a properly organised and regulated organisation. Newmarket and Carlisle were the first meetings which offered official tote betting pools in 1929. 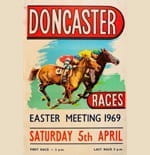 The Betting Levy Act of 1961 meant that for the first time, bookmakers could open betting shops and conduct betting operations away from the race track. The passing of this act meant that bookmakers could now offer – and were restricted to – horse racing pool bets and that it was now compulsory for bookmakers to pay a levy tax on their off-course profits to the Horse Racing Levy Board. This is a landmark date in English horse betting history as not only did it mean that people had easier and greater access to sports betting, but the law, which stated, that companies had to contribute a percentage of their earnings to the levy board meant that there were additional funds were now available to be invested back into the sport. 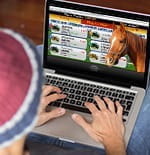 In 1996 the first fully licensed online betting site, Intertops was launched. Punters across the world took to the idea of placing bets conveniently from inside their own homes and began signing up in their thousands. This then heralded the age of online gambling as new betting sites began to spring up and companies began investing in web-based operations to complement their services. UK betting sites recognise horse racing as one of the most valuable sports markets and funnel their resources into providing widespread coverage of races from the UK and abroad, which is why, today, the best horse racing betting sites provide outstanding services with race coverage from all corners of the globe, and offer competitive odds prices across the board.

As you can see from the timeline above, English horse betting history goes back a long, long way. It is for this reason that we have tried to offer a more streamlined version so that you can gain a clear understanding of how betting on horses came to be such a lucrative and popular UK pastime. For more information on some of the customs and traditions attached to the sport, including answers on what to wear to a horse track, keep scrolling down to the section below, or for more info about horse racing betting, head back over to the main page and check some of our facts and figures.

The Tradition of Betting at the Track

Despite the major increase of online gambling activity in recent years, heading out for a day at the races and placing a few wagers at the track is still a widely popular British pastime. In fact, official statistics from the British Horse Racing Authority report a 5.3% increase in attendance at horse racing festivals from 2014.

It is widely-known across the world that horse racing events in the UK are about far more than just the sport. Whilst they can often be fun-filled family days out where casual punters and experts alike gather to spectate and wager, the most high-profile meetings are often lavish, glamorous social events that continue for a number days and attract an exclusive guest list of royal and high-profile attendees.

Whilst it is true that race tracks tend to apply their own code of dress depending on the time of year in which they mostly operate, the tracks that host some of the older, more traditional races such as Ascot or Aintree often maintain a certain sense of style and class. The Formal dress codes adopted at festivals such as the Grand National or Royal Ascot aim to uphold the longstanding tradition of elegance of nobility associated with British horse racing and gives racegoers a fantastic opportunity to break out their finest ensembles and dress to impress.

Gentlemen – What to Wear to a Horse Race Track 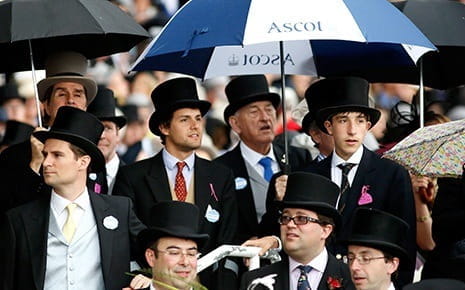 Men are normally expected to wear a blazer, jacket and smart shoes at the racetrack. Some locations, such as Ascot for example, insist on a slightly more formal dress code of black or grey morning dress, which consists of a waitcoast and tie, a top hat and black shoes.
Ladies – What to Wear to a Horse Race Track 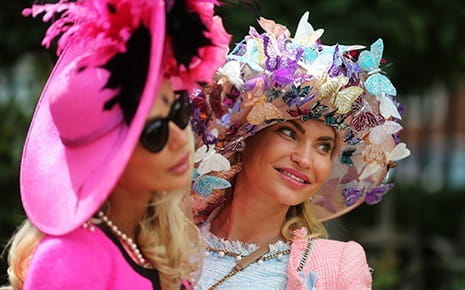 Ladies also attend races in formal day wear, often sporting modest-length dresses and skirts, trouser suits and hats or head pieces with a solid base. Ladies are not normally allowed to expose their midriffs, and strapless dresses or halter necks can be frowned upon or not permitted altogether.

As can be seen in the image above, style can sometimes be the most defining feature at some of the UK’s most prestigious racing events. With attendees dressed head to toe in luxury brands, sometimes sporting top hats and veils, some racing festivals are widely regarded as major fashion events in their own right. Additional info on some of the biggest and most prestigious horse racing events in the UK can be found over on our events page.

Betting on Horses – a British Favourite

Whilst betting on horses is something that dates back many thousands of years, the sport as it appears today can be traced back to the Stuart period in English history. It was from this point on that it grew from an elitist sport that was limited only to the aristocracy to a universal spectator sport on which people could wager and when many of the rules and regulations were set. Since then, the sport has changed significantly over time to become a fully regulated and highly lucrative betting market that comes second only to football betting.

One of the things that makes horse racing unique is that it has retained many of the same traditions that characterised the sport in its early years. Whereas many sports have seen a pronounced shift from punters wagering inside betting shops to wagering online in the last 10 years, going to a racing event and placing a wager via the track-side bookmakers remains an important cornerstone of the horse racing experience. Even further, despite the fact that betting on horses is no longer restricted to the upper classes, many race tracks insist on strict dress codes that uphold the tradition of nobility. To sum up, horse racing has long been – and will continue to be – a cornerstone of British betting culture.