Betting newcomer Kwiff is claiming a world-first with their Supercharged Cash-Out feature. Customers who cash-out their bets may see them randomly boosted. 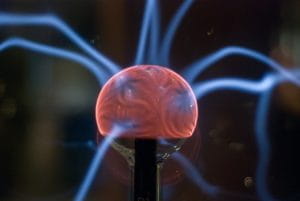 Betting brand Kwiff is claiming a world and industry first with their Supercharged Cash-Out promotion. Customers who use the company’s mobile platforms and perform a cash-out may see their winnings randomly boosted.

A bookmaker enhancing odds for a market is not a new feature; many bookmakers routinely increase the prices offered on popular markets, especially football betting. Kwiff’s promotion differs as the boosted pay-out is unique to a single customer. Meaning two customers can place the same bets but see significantly different pay-outs.

The operator says that the new functionality will put “customers in control of their bet and returning value and entertainment back to them through the Supercharge”.

We’ve had incredible feedback on our cash out since it was introduced and now especially with the return of top-flight football, we’ve seen some epic cash out supercharges. We continue to push the boundaries of innovation with the supercharge at its heart.– Nick Maroudas, Kwiff CTO

It is this “unfairness” that the bookmaker has used in their national advertising campaign. Enlisting the help of London-based marketing company droga5, who became Kwiff’s first agency on record (AOR) in June, Kwiff highlights this unfair scenario in a way that even non-gamblers would understand.

In the advert entitled, “Random Acts of Unfairness”, an East London public house is the setting in which two crowds of people are watching a Premier League game. The bar is split down the middle and one half of the group get showered by £50 and £5 notes, whereas the other half received nothing. Those who received nothing can only watch as the lucky customers frolic in cash. The end tagline for the video reads, “Be on the right side of unfair.”

Droga5’s executive creative director, Steve Howell explained that they wanted to portray Kwiffs different approach to betting. Howell said, “whereas most betting experiences are just black and white, Kwiff is full technicolour in 4K with surround sound”. Adding, “It adds another element to betting, a new feeling that you wouldn’t have felt before making a bet. We wanted to dramatise this ‘kwiff’ moment simply: when jealousy ensues, and life becomes a little bit more unfair.”

Kwiff’s adverts have in the past fallen foul of the UK’s Advertising Standards Authority (ASA). In May 2018, the ASA banned a television advert from Kwiff after ruling that it was “misleading” for consumers.

Referring to an advert that was broadcast in December 2017, the commercial featured a punter who placed a bet on Paris Saint-Germain to beat Celtic in the Uefa Champions League at odds of 11/8, which were boosted to 80/1.

Two members of the public complained to the ASA that the advertised price of 11/8 was never available to customers.

After an investigation, it was discovered that the odds Kwiff had displayed was for PSG to win and only one team or no team to score. The ASA concluded the ad was “misleading” and said it should not appear again in its current form. 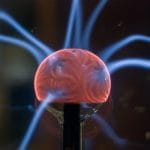