Premier Punt and BetSid have ceased UK operations and have voided and refunded customer’s bets placed on their sportsbook. 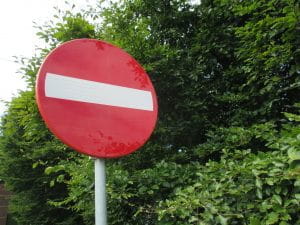 A message to visitors to the websites of the UK-registered Incentive Group-licensees informs of the closure and reads: “We regret to inform you that we are closing down and ante-post bets will be void and refunded to your account.

“There will be limited functionality on the site, but you can still withdraw your balance. Customer service will be provided between 09:00 and 17:00 Monday to Friday. Please allow extra time to process withdrawal during this process.”

The Gambling Commission has confirmed that both brands would be exiting the UK market with immediate effect and the regulator has stated that it has reminded the group of their obligations.

A spokesperson for the UKGC said:

We have made it clear to the operator that we expect all gambling businesses leaving the British market to have plans in place, and to take all necessary steps, to make sure that consumers are not unnecessarily disadvantaged if they close.– Spokesperson, Gambling Commission.

Premier Punt initially started as a Daily Fantasy Sports (DFS) app which provided ‘fantasy football enthusiasts with a platform to come together and play daily fantasy football games against one another for real cash’.

Launched in August 2016, the Premier Punt App was downloaded 16,500 times at launch and enjoyed worldwide exposure due to an Official Partnership with Premier League club Southampton. In 2017, Premier Punt was successful in applying for sports betting and casino licences, othering these products alongside the DFS product. Seeking capital, the company offered a 3.87% equity stake in the company, seeking £250,028. Premier Punt’s share flotation proved to be successful, 206 investors meant a cash injection of £452,235.

Premier Punt later turned to crowdfunding site Seedrs to raise funds. Originally seeking £200,007 for a 6.67% equity stake, 174 investors exceeded this target with a total of £221,178. One of these investors was UK Bookmaker Victor Chandler. The company changed its name from Premier Punt Group to Incentive Group Limited in September 2018 after the latest round of funding. The closure of Premier Punt and BetSid brands is another blow for the Incentive Group as last year the group were forced to abandon the 21Bet brand after attempts to bolster the brand failed. Initially launched in 2016, 21Bet enjoyed modest success at the start before Malta-based Aureate Gaming Solutions Limited suffered financial difficulties.

As the platform owner, FSB Technology held the license, processed customer transactions and funds, Aureate lacked the expertise and funds to develop 21Bet and sold the brand to The Incentive Group in late April 2019.

The Incentive Group moved 21Bet onto its license and switched platform to the SBtech platform. Despite this switch and continued financial support from the owners, 21Bet stopped accepting bets at the end of 2019.

There is currently no information on The Incentive Group’s website regarding the closure of Premier Punt or BetSid. It has been speculated that the Premier Punt brand could be used for affiliate marketing, but the group has not confirmed this. 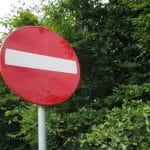