Online sportsbook and casino operator Casumo has extended its partnership with Championship football club Reading. The company was the club’s previous front-of-shirt sponsor and will now become the official shirt-sleeve sponsor. 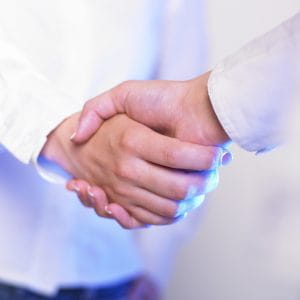 Casumo will continue its relationship with Reading after agreeing to become the club’s sleeve sponsor after their previous sponsorship deal with the Championship club expired.

The deal saw the company’s branding move from the front of the shirt to the sleeve in time for the start of the season, which for clubs in the English Football League (EFL) stated at the weekend. The company will also sponsor the first team’s training gear.

Casumo’s previous deal with the club gave them access to the club’s LED advertising boards, and this practice will continue under the terms of this new deal. The company will also continue to host Reading related content on its social media accounts.

Reading, who narrowly missed out on a Championship play-off spot by finishing 7th last campaign, has been very complimentary about their two-year relationship with the operator. The club state Casumo had gone to “extraordinary lengths” to help promote inclusivity and equality.

The club cites several instances, such as when Casumo paid for the nets to be replaced with rainbow-coloured nets and changed the design of their branding to support the Rainbow Laces campaign.

Another example Reading give of the sponsor going above and beyond was when Casumo subsidised the cost of laying on a fleet of coaches on Boxing Day in 2019. A public transport blackout meant that many supporters couldn’t travel to the game versus QPR. The fans reacted very positively to Casumo’s actions.

Tim Kilpatrick, who is Reading’s FC head of commercial, said: “We’re very thankful to Casumo for their support over the past two seasons. In particular, we are proud of the special relationship they so quickly developed with our fan base.

“Casumo have gone above, and beyond what we would expect from a sponsor, so I’m delighted they have agreed to continue as an official club partner going into our future as we collectively celebrate 150 years of history,” Kilpatrick added.

The timing of the expiry of the front-of-shirt deal with Casumo was not coincidental. The club was aware that displaying a gambling company’s brand on the front of the shirts was not universally accepted by a large section of their support.

The club also wanted to celebrate its 150th anniversary year by agreeing on a deal with a local company. On a statement to announce Select Car Leasing as the Principal Partner of Reading Football Club, it states:

“A key element in the club’s ongoing commercial strategy and a fundamental objective set out in our plans to celebrate 150 years of Reading Football Club has been to strengthen the bond between our club and businesses based in the local area, building relationships with local enterprise and Berkshire-based industry leaders.” The club state that with 250 people at their head office in the Green Park complex, Select Car Leasing was “quite simply the perfect fit.”

Reading FC Chief Executive, Dayong Pang, said: “We are very proud to be announcing this record partnership with Select Car Leasing as we prepare to embark on our 150th-anniversary campaign. Their commitment to the club has been evident for some time, and we are delighted to secure such an attractive and reputable commercial partner during what remains a very challenging time for so many businesses. I am pleased that Select will be part of the Reading Football Club family for many years to come. 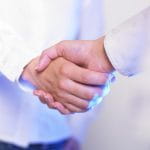