Punters at the LeoVegas-owned sports brand will be able to watch the action and place bets at the same time using BetUK’s exclusive online betting feature, and there will be a selection of in-play betting markets available for rugby union that customers can wager on.

A BetUK spokesperson said the new facility would give customers a chance to experience their favourite way to bet while without missing a second of the action. The BetUK representative hinted that the company have additional innovation to come, saying;

Watch and bet is just one of the exclusive features that BetUK are introducing during the Premiership Rugby season.– BetUK spokesperson .

Another feature introduced for rugby fans by BetUK is a free-to-play Premiership Rugby Predictor, available as a free app, players can compete with friends in predicting the scores for Premiership Rugby fixtures with participants earning points for correct results. A league table format will encourage competition between rugby fans.

LeoVegas launched BetUK in August 2018 as a UK-focused brand and the Swedish operator struck a sponsorship deal with Leicester Tigers Rugby Club, an agreement that was renewed for a further two years last year. As part of the agreement, the club has the LeoVegas branding emblazoned on the rear of the club’s shorts.

Leicester Tigers are one of the largest clubs in world rugby, the Tigers having previously won back-to-back European Championships and have more league title triumphs than any other team in the record books. However, it has been rivals Saracens that have been hitting the headlines recently after being found guilty of breaching salary cap rules. The Premiership champions have been hit with a 35-point deduction and £5.36m fine.

The club has described the punishment as “heavy-handed” and will appeal the decision; the points deduction is suspended until the appeal. If however the penalty is upheld the 35-point deduction would see Mark McCall’s side drop from 4th to the bottom of the 12-team league. 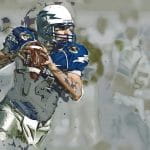