The UKGC has declared a tough stance on operators who display “irresponsible behaviour” during the Covid-19. The UK Gambling Commission’s CEO, Neil McArthur, said the commission would not hesitate to intervene if standards started to slip within the industry. 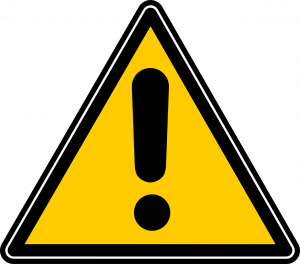 McArthur, in an email to licences, told operators to be cautious with cross-sell behaviour. Acknowledging the “uncertain” and “unsettling” times facing the industry, the CEO said he recognised the difficulties facing stakeholders.

McArthur emphasised that consumer protection should be the number one priority for licenced operators and added that they should be mindful of the effect of the current lockdown will have on customers. Warning that bookmakers shouldn’t be exploiting the crisis for cross-selling purposes. Adding that the onboarding process for new customers should be socially responsible.

The UKGC CEO also reminded operators to ensure affiliates were “conducting themselves appropriately”, addressing reports that some affiliates had used Covid-19-themed marketing. This has led to some operators contacting partner firms and asking them to remove all mention of the coronavirus in promotional material and blog posts.

Protecting children and vulnerable people from being harmed by gambling has always been a major priority, and we are very mindful – as you should be – of the fact that the risks of harm arising from online gambling have increased as a result of recent events.– Neil McArthur, UKGC CEO.

The current crises caused by the pandemic will prove costly for gambling companies, especially those who rely on their sportsbook offerings for profit. With almost all sporting activity cancelled, encouraging customers to move onto different verticals is vital for some operators. However, companies will be cautious not to be seen as too aggressive. Especially with a more collaborative approach being taken between the regulator, operators and stakeholders including gambling charities.

Just yesterday, the Betting and Gaming Council (BGC) announced that after consultation with the UKGC, they were proposing to restrict VIP programmes to over-25’s. As well as a minimum age, thorough and enhanced spending, responsible gambling and due diligence checks will also take place before players can join VIP programmes.

High-roller schemes, which critics claim reward compulsive behaviour, have proved costly for operators in recent months both financially and reputation-wise. In March this year, Betway was fined £11.6m for allowing huge losses by a customer, that exceeded £4m. Other charges proved against Betway included allowing stolen funds to be used without financial checks taken place, one unemployed customer was able to gamble a figure in the millions.

Other measures the BGC and UKGC agreed on was to develop an industry code for game design, overseen by Playtech and Scientific Games. It will be mandated that the minimum speed spin of 2.5 seconds be incorporated in all new games. On the subject of the improvements that the industry is making, McArthur said he was “encouraged” by the industry proposals but added that he didn’t feel they go far enough. Adding that “Ultimately actions speak louder than words and any operator that does not put consumer safety first will find itself a target for enforcement action”. 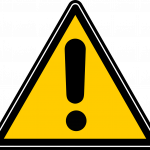