Flutter Entertainment UK, the owner of Paddy Power, has said winning a High Court case over social responsibility failings is no cause for celebration. The bookmaker was sued for failing to prevent stolen funds from being used to gamble. 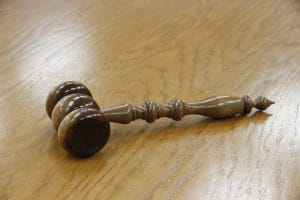 The owner of Paddy Power has said there is “no cause for celebration” after winning a High Court case against a property developer who is based in Dubai.

Dan Taylor, Flutter Entertainment UK and Ireland CEO, admitted the case highlighted historical responsible gambling and due diligence failings which were a “source of significant embarrassment” for the company.

Taylor faced the media after the conclusion of a court case between Paddy Power and Amarjeet Singh Dhir. Dhir was a former business associate of property developer Antonio Parente who was a problem gambler and allegedly stole funds from Dhir to fund his addiction. He reputedly over three years used £282,000 in illegally gained money to fund his Paddy Power account.

Dhir brought the case against the bookmaker for failing to prevent illegal activity, and judges considered both UK and Dubai laws in the case. However, they ultimately sided with Paddy Power, questioning Dhir’s reliability as a witness, questioning his recollection of events between 2013 and 2016.

Although Paddy Power won the case, Taylor did not feel it was a victory for the company and acknowledged the failings the bookmaker had made. Saying:

“Whilst we have always maintained that this claim was without merit, today’s ruling is no cause for celebration,” “The way Mr Parente’s account was handled, the failings of which were acknowledged in 2018 as part of a settlement agreed with the UK Gambling Commission, is a source of significant embarrassment for Flutter.

“Our business today is unrecognisable to what it was five years ago, but we know there is more we must do as an industry to ensure the most vulnerable are protected.

“We are committed to leading a race to the top in safer gambling and will continue to prioritise investment in this area,” the CEO added.

In his ruling, Mr Justice Griffiths said that Paddy Power knew that Parente was suffering “with an unhealthy and unsustainable gambling addiction on an escalating and desperate scale”.

Adding: “Paddy Power knew that his losses were unsustainable on his known income and assets.

“Paddy Power knew that when they tried to get information from him to show source of wealth and source of funds, they failed.

“The information he provided did not suggest that he could afford to gamble on this scale, or that he had legitimate sources of wealth from which to fund it.

“They knew all this, but they continued to accept his stakes and, indeed, by providing gambling bonuses and lavish hospitality, to encourage him to gamble more. It stopped only when he stopped it himself by self-exclusion,”

The court was told that Parente had initially held an account with Betfair (now part of the Flutter Entertainment group) from 2008 and 2010 when he then self-excluded himself. He later moved to Dubai to work with Dhir and tried to open up a second account which Betfair closed before it could be used.

In 2014, Ladbrokes premier account manager Tony Carroll made Parente a VIP customer and provided him with perks, including Premier League tickets and Grand National hospitality.

Carroll left Ladbrokes in 2015 and later that year signed a deal with Paddy Power which entitled him to 25% of the losses of any customer that he introduced to the firm. Carroll gave Parente a £20,000 welcome bonus to switch to Paddy Power, which he accepted and then staked £548,000 in a single day.

During this time, staff at Paddy Power continued to provide Parente with perks to entice him to continue gambling. Flutter’s Taylor said that there was “without doubt, strong indicators of problem gambling” with Parente’s account and admitted that Paddy Power’s gambling procedures at the time were “not good enough”.

Mr Justice Griffiths in summarising said: “I cannot comment on industry norms but, in my judgment, Paddy Power knew that it was dealing with a compulsive gambler who could not afford what he was doing, and Paddy Power did not really care.”

Parente lost a total of £3.4m over three years with Paddy Power, Ladbrokes, bet365 and William Hill. He later admitted to committing fraud to fund his gambling addiction.

Paddy Power was fined 2.2m by the Gambling Commission due to this case and has since cancelled the existing introducer agreements. 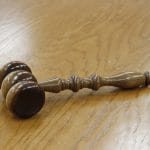