The operator Gamesys of newly launched Virgin Bet, has been told to pay £1.2 by the UK Gambling Commission after allowing customers who displayed a pattern of problem gambling were allowed to spend funds that had been stolen. 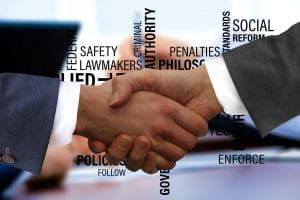 The operator was found to have breached money-laundering rules by not confirming the source of their funds and also failed to prevent those at harm from gambling. A police investigation found that a total of three customers had been allowed to spend these aforementioned stolen funds. The UKGC lambasted the firm saying they failed to deliver any interaction with these individuals, and stated they had social responsibility obligations to amend their behaviour.

As part of the agreed settlement Gamseys will return £460,472 of stolen money to victims, and £690,000 as a payment instead of a financial penalty. They will also have to pay towards investigation costs. Their mishap demonstrated historical weaknesses in their systems at how they addressed anti-money laundering and also how they interact with their clientele.

This investigation stems from a flurry of recent enforcement action by the UK Gambling Commission with four fines given in the past month and another operator having their license revoked. They are clearly taking their role seriously and want to enforce their regulations appropriately. They have demonstrated that anyone who does not follow their standards or regulations will be appropriately dealt with. This is a very welcome approach to the gambling sector and their Executive Director said of this case:

It is vital that operators understand their customers – track their online gambling and step in quickly when they suspect someone is suffering from gambling harm.– UKGC Richard Watson, Executive Director

Throughout the investigation, Gamesys accepted its shortcomings and also its failure to comply with regulations. The UKGC also said they were proactive and have already made improvements to the issues that were raised. As a result of the case, they will now be under increased scrutiny and face ongoing monitoring. They have continually been transparent and accepting of the UKGC and this factored into their punishment.

Gamesys released a statement saying they fully accept the findings and have already improved areas of self-assessment, support, risk assessment, and more. They recently launched their new sportsbook, Virgin Bet, with a license from the UKGC, who obviously have deemed that the operator has learnt from this unfortunate episode. 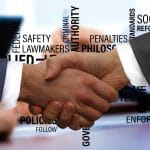