William Hill and Paddy Power Betfair have been handed lawsuits to the total of £1.5m. The bookmakers are being sued by the victims of a gambling addict, who stole money and then proceeded to gamble it away at both bookmakers. 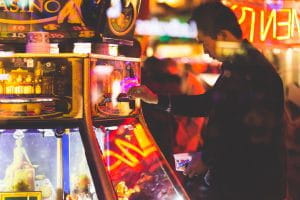 The individual was able to spend over £458,000 at William Hill before any questions were asked about the source of the funds. © Pexels.

The victims allege that the bookmakers allowed the gambler, whose name has been withheld, to gamble with large sums of stolen cash.

In total, the man was able to stake £650,000 over six months in two different William Hill retail shops, losing £150,000. The individual claims that on two separate occasions he was able to place more than £50,000 in one day.

The gambler has admitted that he would bring sports bags filled with cash, which staff would keep behind the counter for safe keeping, without enquiring after the source of the money.

This, according to the law firm acting on behalf of the victims, Mackrell Turner Garrett, amounts to a failure from the bookmaker in its anti-money laundering and anti-problem gambling responsibilities. Bookmakers should both ensure that cash being used is legitimate and that the individual can afford the amounts he is staking, to prevent problem-gambling.

That money was stolen by the man from clients whilst working in the property industry in Dubai. In the UK, the man is currently not being charged after agreeing to help his victims seek to reclaim the funds from the bookmakers. However, he claims that he cannot go back to Dubai, as he will be arrested.

It is believed that the UK Gambling Commission is currently investigating the issue. A spokesperson from William Hill said:

We are aware of a number of allegations by [name withheld] and have been waiting for months for them to be substantiated. We continue to await this information and note he has not been subject to any police investigation or prosecution with regards to the alleged thefts.– Statement, William Hill

Two further victims have also made a similar, but separate, claim against Paddy Power to the sum of £965,000. Interestingly, the addict’s bets in question with this bookmaker have already formed part of an investigation and regulatory settlement. Paddy Power was ordered to payout £2.2m in October for a failure to prevent bets being staked with stolen cash. Testimony from the individual in question here also formed part of the Commission’s penalty.

While Paddy Power Betfair has paid that penalty, the victims have not gotten their cash back. Gambling firms have been known in the past to compensate victims who have funds stolen from them to be used in gambling, but the operator declined to comment on this particular issue. Unless forced by the courts through a legal decision, they are under no obligation to do so.

The lawyers for the group issued Paddy Power Betfair a deadline by which to offer compensation, after which legal action would be initiated. The deadline has passed without a settlement being reached. 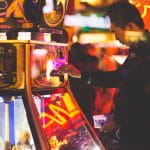