#ad
18+
This site contains commercial content
Advertisement Disclosure
This independent comparison website helps consumers choose the best available gambling products matching their needs. We offer high quality advertising services by featuring only established brands of licensed operators in our reviews. We receive commission for advertising the brands listed on this page. This may influence brand ranking. Please note that although we endeavor to provide you with up-to-date information, we do not compare all operators on the market.
Main Menu
Popular - United Kingdom

Betting on golf tournaments has never been easier and those who like to bet on the sport are spoilt for choice nowadays. The internet’s best betting sites feature tournaments both big and small from all over the globe, meaning there’s usually an event being featured each week. Below, we’ll guide you through some of the best golf tournaments and what you need to know about them.

Where to Bet on the Best Golf Tournaments
Our Top European Tour Bookmaker!Ladbrokes have all the best European Tour events with prices added quicker than anywhere elseVisit Site!–
Best Betting Site for the PGA Tour!BetVictor have all the PGA Tour majors along with a great all round selection of events & tournamentsVisit Site!–
The Most Extra Golf Betting Markets!Paddy Power has a great selection of extra markets, including the LGPAVisit Site!–

Getting the best value on all your golf bets often means shopping around at different betting sites. Above you can find our favourite bookies to bet on the PGA Tour, The European Tour and also where you can find the best extra markets, if you’re looking for some of the more unusual betting options.

Whether you’re betting on the Open, the Masters or any other golf tournament, it’s always important to compare prices. Check out our guide on golf events to bet on for things you need to consider before betting on any of those events if you need some pointers.

The Majors – The Most Anticipated Golf Events

The four Majors are the Crème de la Crème in the golf events world. They are the biggest and best tournaments in the business. For this reason, bookmakers often will pay out more each way places. This makes it more important to shop around for odds that may have been cut due to more each way places available. Shopping around and comparing odds from different bookies is always a good idea!

For fans of betting on golf tournaments, these events are often the best and most exciting. That’s mainly because the bookies can pull out the stops for them, offering more bet types, markets and better odds. They’re also hugely important for the pros. Aside from the huge sums of money, Major winners are automatically invited to the other three majors for the next five seasons.

The Masters at Augusta National Golf Club in Georgia is the first major played each season. The winners green jacket is symbolic of golf and is among the most coveted prizes in the game. Although, we’re sure the prize pot is equally sought after; the 2014 purse was $9,000,000 with the winner scooping almost $2,000,000 of that.

England’s Danny Willett is the current holder of the green jacket after winning by 3 shots last year. It was Willett’s first major win, as he joined Nick Faldo as just the second Englishman to win the competition. Masters golf betting is one of the most popular golf betting events of the season.

The Masters golf tournaments are among the biggest events of the years and the betting markets and offers available reflect this. It’s possible to get up to seven each way places paid on this event, so check the different betting sites if you’re a fan of each-way betting.

The Open Championship in the USA is the second major each year. The event is notoriously difficult and low scores are not achieved very often. This means that it is always close between the leaders. This is of course a big one for bookies and punters alike, but for UK golf fans, The British Open and The Masters golf tournaments see a lot more online betting action.

British Open golf betting is one of the most popular attractions for UK punters. The oldest existing major and the only one on British soil is always a huge show that any golfer dreams of winning. The Open has been hosted at 14 different courses, although the home of the Open is St. Andrews in Scotland, which has hosted the event 28 times.

The tournament is over 156 years old and has been won by some real legends of the game. Last year’s winner was Swedish golfer Henrik Stenson, who took top place from a prize pool of £6.5 million with a record score of -20.

Since this is the only major on UK soil, the UK based betting sites often push the boat out with this tournament, usually having promotions, enhanced prices and up to seven each-way places paid.

The final major of the year is the US PGA Championship. This Championship functions a little differently in regard to qualification than the other Majors like the Masters golf tournaments. The 2016 winner was the USA’s Jimmy Walker who beat Jason Day by just one stroke. The event is held at a few different courses in the US and set to take place at Quail Hollow in 2017.

As the last Major of the year, the Championship often suffers from a little less interest than the other Majors. The betting statistics back this up, with UK punters betting less on this event. Nevertheless, there’s still a healthy amount of action and the PGA golf events are covered with plenty of options.

While winning a standard tour event doesn’t have the same prestige as a Major, it can boast having the most lucrative tournament. The PGA Players Championship is often referred to as the fifth major and comes with the biggest prize pool in the game; last year there was over $10 million in the purse. The tour comprises numerous events of the year that the pros compete in.

PGA golf betting is a huge attraction for punters and follows the majors as the most popular events to bet on. Players win points through their finishes at tour events, which determine whether they make the tour the year after. Keeping a close eye on the tour rankings is a good idea to check form then.

The top 125 money list players automatically feature on the tour the following season, while others have extra chances at qualification. PGA golf events are the largest in the sport and all our recommended golf betting sites should feature the events.

The golf PGA tournaments started in 1972 and had 45 events in 2016. The European Tour has struggled with living in the shadow of the PGA Tour a little. While both tours comprise the Majors, players are attracted more to the PGA Tour due to the higher prize pools involved.

It is possible for players to compete in both tours though. Golfers are required to play twelve events to keep their European Tour membership. But since many events are part of both tours, this usually requires just four European Tour only events to be played.

Ultimately, it’s widely accepted that the European Tour is behind PGA golf events in terms of prestige and importance in the golfing world. Punters still like to bet on it, but ultimately, the real money for both punters and the pros lies in the golf PGA tournaments.

Other Golf Tournaments to Bet On 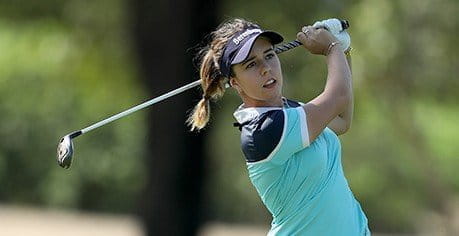 The PGA also organise many events outside of the two major men’s tours. The Ladies Professional Golf Association (LPGA) was founded in 1950 and its prestige is ever increasing.

The PGA also hosts both PGA and European Tours for seniors. Outside of these stroke play competitions, there are also a number of match play events, which some punters enjoy more than traditional competitions.

Matchplay betting offers different bet types and approaches than stroke play and the best operators will cover some of these events. The Ryder Cup is the most famous example of a match play tournament, though there are fairly few in comparison.

These provide more betting opportunities if you’re looking for some action outside of the main tours. The top bookmakers will offer many of these golf events, but don’t expect every operator to have every event. A bit of searching may be required then.

Also, don’t expect to get the same offers and number of each way places paid for these events. The bet types available may also be limited. Overall, we found Paddy Power are the best options for finding those less popular events.

Golf fans know that betting on golf differs from most other sports that have more regular individual events. Thanks to the online operators though, there is usually at least one event each week that you can bet on. There’s also an ever-increasing number of bets you can use on these events. Take a look at our report of golf betting types to learn the lingo and enhance your knowledge of betting on golf tournaments.

With our article dedicated to golf events and tournaments coming to an end, we’ve decided to create a concise section about the most frequently asked questions about the topic. We figured it’d be best if we had our experts answer each query for you. Let’s dive into the action!

🤔 What are the golf events I can bet on?

There are plenty of popular golf events and tournaments you can bet on! However, there are a few highly anticipated golf championships that every punter anticipates. The tournaments are called The Masters, The British Open, The US PGA, and the PGA Championship.

🤑 Is it possible to bet on the Masters golf tournaments?

Yes, you can definitely bet on the Masters golf tournament! The championship is one of the major golf events. Dedicated punters from all over the world use platforms like Paddy Power, BetVictor, and Ladbrokes to place their bets on their favourite golfers!

🏆 Who won the most golf PGA tournaments?

The person who won the most golf PGA tournaments is Sam Snead with 82 wins. However, Tiger Woods is quite close to becoming number one. However, it's worth keeping in mind that, when it comes to placing bets, the odds for the athlete who's likely to win the tournament can be much lower than the odds for underdogs.

🚩 Where are the Masters golf tournaments held?

The Masters golf tournaments are held at the the Augusta National Golf Club in Augusta, Georgia. The championship is held every year in the first full week of April. According to many professional golfers and golf bettors, the tournament is considered the most competitive and entertaining of them all.