Darts is a sport that has been growing massively in recent years in terms of viewership. As a result of this increasing popularity, darts betting has also become more and more common. Naturally, many people enjoy betting on World Darts Championship matches, as it’s one of the biggest events on the darts calendar each year. Running since 1994, it sees the best of the best battle it out. 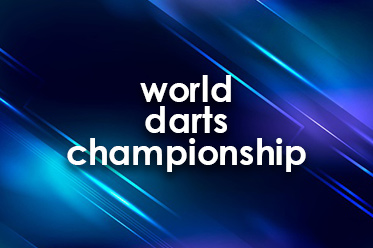 Bettors want to have plenty of variety when it comes to the types of bets that they are able to place. As the WDC is a big event, there are going to be an abundance of different betting types that can also be used at Premier League Darts betting sites. Here are some of the most popular options:

The most basic form of betting sees you deciding on which player in a given matchup is going to come out on top. You can often apply handicaps to the players in order to make matters more interesting, particularly if the matchup is a bit lopsided.

Another popular way to place bets on games in a darts tournament is by combining individual selections into a multi-bet. This will often see you combining different game-winner selections into an accumulator in an attempt to win big. Every selection has to be a winner in order to get a return.

A bet type that is only seen with darts matches is the 9-Dart finish. For a player to get a perfect 501 score, they will need to use only nine darts in total. The chances of this happening are slim, which is why the odds are so good for the most part for this bet type.

An ante-post bet sees you placing a wager on who you think is going to win a given future event. Therefore, in this case, you will be betting on who you think will win the tournament. You will only get paid out if they are successfully lifting the trophy come to the end of the event. It is a fun way to have skin in the game.

Everyone loves getting something for free. Most World Darts Championship bookmakers will offer new players some sort of welcome offer, often being a free bet deal. Existing bettors at a site will also often get rewarded from time to time with different types of promotions.

These are great ways for you to make a bet without putting your own money on the line. You normally can keep any winnings from the free bet and it is one of the most enjoyable aspects of using an online bookmaker.

Live betting on WDC matches is very popular. It allows viewers to keep a track of all the action and to place bets in order to take advantage of a potentially profitable situation. Odds will update for these markets in real-time, reflecting the on-screen action.

Many World Darts Championship betting sites also offer live streams of matches. These are normally available if you have an account with that given bookmaker or have placed a bet on the given match.

If you are looking to boost your sports betting chances as much as possible when it comes to World Darts Championship betting, then you need to have a good strategy in place. A lot of different factors can be considered when looking at darts players, such as their records at the venue/tournament, records against certain opponents, as well as their current run of form. Here’s how to bet on World Darts Championship matches:

Over the years, the better players tend to dominate this competition. However, the early rounds are where the upsets tend to happen, and you can find some valuable opportunities. These are some tips to keep in mind when trying to find a good bet.

All You Need to Know About this Competition

The WDC is one of the World Professional Darts Championships that is held each year. The Professional Darts Corporation is the organizer, and it has been taking place since 1994. There have been some repeat winners who have dominated this event. meaning that only ten different people have won this title in almost three decades. Phil Taylor was the dominant force for many years, winning the title on 14 occasions.

For the first decade or so of the tournament, it took place at the Circus Tavern. However, it has been taking place in London’s Alexandra Palace since 2008. The total prize fund for the 2020 event was £2.5 million.

The competition usually takes place across December and January each year. In normal times, there is a massive crowd in attendance, lending itself to a somewhat intimidating atmosphere for lesser experienced players.

There will normally be extensive broadcasting of the tournaments. It is also one of the biggest darts betting events of the year, which often sees bookmakers offering some great offers when betting on World Darts Championship matches.

Info on the Players of the World Darts Championship

The World Darts Championship is a prestigious annual tournament that sees the best players come together and battle it out for the championship. With a prize pool of £2.5 million and a top prize of about £500,000 up for grabs, there is a lot to play for. This is an event that will be contested by the favorites on most occasions, with a select group of players managing to claim victory over the years.

The Players with the Most Titles

As it is such a stacked field, it is surprising that a few players have managed to dominate the tournament over the years. The legendary Phil Taylor has won the event on 14 occasions in 25 appearances. Next on the list is Michael van Gerwen with three victories across 14 appearances, with three players having won on two occasions.

Over the years, there have been some legends in the world of darts who have come out on top on multiple occasions at this competition. They are great ambassadors for the sport and have helped to raise the profile of the game through their dominance. Here are some of the most notable players.

Not everyone will be familiar with darts betting, so there are some questions that pop up from time to time. Some of the most asked of these questions have been answered for you. If there are any other queries that you have, feel free to send a message to info@bestbettingsites.com.

What are the best World Darts Championship betting sites?

There are a lot of different betting sites to choose from for World Darts Championship betting. The best fit for your needs depends on what you are looking for. You might prefer bonus offers, getting the best odds, or having the widest range of betting markets.

The majority of the best betting sites offer wagering on the World Darts Championship. A ton of different betting markets are usually available. These will cover each match in an in-depth manner, meaning that you have plenty of variety.

What are the World Darts Championship betting odds levels?

You will normally get good World Darts Championship betting odds as it is one of the biggest events in the sport. However, it is still a good idea to shop around and see what operator has the best odds for a given bet that you are looking to make.

How can I bet on World Darts Championship?