Darts is a sport that has been taking off massively in recent years. While most of the fanbase is in the UK and Europe, there is also growing attention across the pond in the US. There is a lot of fanfare now linked with Premier League Darts betting that makes it more entertaining to watch. 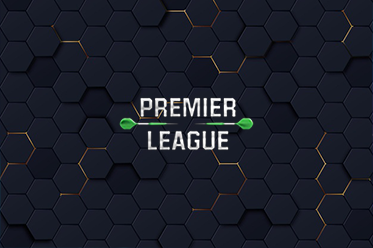 This guide specifically focuses on Premier League Darts betting. This is an event circuit that takes place on a weekly basis, usually from February until May. There is usually a very small field of about ten players who face off head-to-head over the weeks.

With darts, there are a lot of unique types of bets that will not be found elsewhere. It can take some time to learn all of the different options available to you. It is good to be familiar with all of these betting types as you can use particular markets in certain situations. Here are some of the more notable markets you will come across:

As Premier League Darts sees head-to-head matches taking place between top-tier players, the match-winner markets are extremely popular. The idea is simple, you are betting on whichever player you think is going to come out on top in the match.

As you are only looking at a handful of head-to-head matchups in a given week with the Premier League Darts, you will look at other types of markets than you usually might. Correctly predicting the score of the legs come the end of the match is a popular market. It is also a market that usually offers decent odds.

One of the most impressive feats in darts is the 9-dart finish. This is the number of darts needed to throw a perfect score of 501. It is not achieved very often, but the best of the best are playing in the Premier League Darts. Therefore, the chances seem to be likelier that it might happen at this stage.

Futures bets see you trying to select what player you think is going to win an entire event. For example, you may think that a certain darts player is going to be crowned as the overall winner of the Premier League Darts. You will place a futures bet on this result happening.

You will come across welcome offers galore when it comes to betting on darts. Every sportsbook is going to have some sort of free bet welcome offer. These bets can be used to place bets on Premier League Darts matches, giving you a risk-free way to potentially profit.

It is a good idea to read the terms and conditions of welcome offers before you claim them. This means that you will be fully aware of what has to be done to meet all of the deal’s requirements.

Live betting is extremely popular for Premier League Darts matches. As there are a lot of people watching these matches, they like to have some extra skin in the game. If they spot an opportunity to potentially profit, they can place a live bet on the match.

Many sportsbooks also allow you to live stream the matches for the Premier League Darts directly through your sports betting account. Sometimes, you will need to place a bet on the match to do so, while others offer it to all account holders.

Just like with any sport, it is important that you have some sort of strategy in place when betting on Premier League Darts matches. This will help you to be more consistent over time. Here are a few specific darts betting tips that might help you in your pursuit of success:

Premier League Darts is a field of elite players, so it is not going to be overly surprising if the tenth-ranked player beats whoever is in the number one spot. However, as this league takes place over a few months, players who can maintain a consistently high level of performance will be rewarded the most.

Betway
The best bookie for the Premier League Darts Extensive coverage of all Premier League Darts matches, including live streams
Welcome bonus £30
Visit Site!
Full T&Cs Apply! *New customers only. Min Deposit: £10. First deposit matched up to £10. 1 x wagering at odds of 1.75+ to unlock Free Bet. Debit Card & PayPal deposits only. This offer is valid for 7 days from your new account being registered.

All You Need to Know About the Premier League Darts

The Premier League Darts was initially started back in 2005 and it has been a fan favorite event ever since. The venue for these matches varies, but they are always held around Europe. It is played on a legal basis and the PDC organizes the tournament.

In order to get entry into the Premier League Darts, you will need to be in the top four positions of the PDC Order of Merit or receive one of six wild card picks to get a position in the ten-person field. The format is a double round-robin system, with the prize fund often being around the £850,000 level.

Premier League Darts matches will take place over the course of February, March, April, and May. Only six players have won the Premier League Darts over the years. Legendary Phil Taylor has won six titles, with Dutchman Michael van Gerwen only one title behind Taylor in the overall standings.

Premier League Darts is known for its high-quality matches, with many nine-dart finishes being noted in matches over the years. For those darts fans who are looking to watch the best battle it out, you won’t go wrong with the Premier League Darts.

Info on the Players of Premier League Darts

The Premier League Darts field is always stacked with high-quality players. As there are only ten people battling it out, there is no room for any slackers. The leading four players in the Order of Merit will get automatic entry. There will also be six wildcard picks up for grabs each year to make up the rest of the field.

The Players with the Most Titles

While you should have a good grasp of how to bet on Premier League Darts matches thanks to this guide, you may still have a few queries. We have answered some of the most asked questions below. If you are still looking for an answer to any issue, you can reach out to us via info@bestbettingsites.com.

What are the best Premier League Darts betting sites?

Most of the leading betting sites will offer Premier League Darts betting markets. As this is such a notable event in the darts calendar, there should be an abundance of different markets for you to check out, as well as plenty of in-game betting markets.

You have tons of great choices for Premier League Darts betting. Each individual match in this tournament takes on a life of its own. Personal grudge matches can often add an even juicier level of excitement to proceedings. Therefore, both pre-game and in-play betting are great options when it comes to betting markets.

What are the Premier League Darts betting odds levels?

As Premier League Darts matches are a big attraction, you will find decent odds for the matches. This is because the opponents are usually pretty evenly matched. Therefore, you have plenty of opportunities to spot some value and potential profit.

How can I bet on Premier League Darts?

It is a good idea when you are betting on any sport to have a well-thought-out plan in place. This allows you to approach your betting on Premier League Darts matches with confidence. Over time, you can refine your betting strategy as you learn lessons from victories and defeats.