British operator William Hill has launched into the Swedish market under its new www.WilliamHill.se domain. 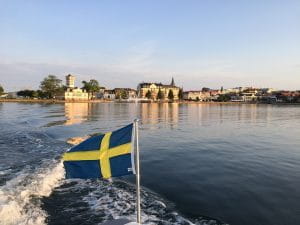 William Hill is now active in Sweden as of today. © Pixabay.

The operator has rebranded its Redbet domain for its first locally licensed Swedish venture since 2011.

William Hill announced back in 2018 that it would launch a site in Sweden once the newly regulated market was open. This announcement came after its acquisition of MRG Group, which gave Hills ownership over Mr Green and Redbet.

The launch comes sooner than expected. By rebranding the Redbet domain (Redbet.se), Hills has been able to quickly launch in Sweden since the takeover. The sportsbook is powered by Kambi and customised for the Swedish market and consumers.

This is an important milestone in William Hill’s International journey. Through fantastic teamwork between our teams in Malta, UK and Sweden we have released William Hill’s first new locally licensed offering since 2011. Following this initial launch, we look forward to continue improving the product through additional features and functionalities over the coming months.– Patrick Jonker, William Hill managing director

The Swedish market has proved a success since its launch in January. However, marketing and advertising from the gambling industry has come under increasingly heavy pressure.

Currently, the government is weighing up a complete ban on online casino advertising in Sweden. At the very least, measures towards how gambling ads “can be limited in terms of scope and content” are being debated, and the government has promised further advertising restrictions by 1 October 2020.

This is despite efforts from the industry to self-regulate. In March, The Swedish Gambling Association (SPER) and the Swedish Trade Association for Online Gambling (BOS) released a joint proposal for new marketing and advertising codes.

These were not received too warmly from policy makers, and government continues to mull over how much or how little to restrict gambling operators advertising their products in Sweden. 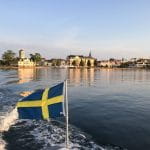