Former Manchester United and Real Madrid player Cristiano Ronaldo joins LiveScore as its new official global brand ambassador ahead of the delayed Euros. The 36-year-old has signed a two-year deal with the London-based company. 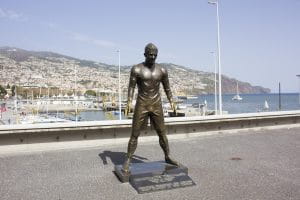 One of the most successful players of all time, Cristiano Ronaldo, has agreed to join LiveScore as a global brand ambassador. The all-time top scorer for both Real Madrid and Portugal will represent the sports media business at the delayed Euro 2020, starting next month.

LiveScore is rebranding from an affiliate into a global sports media business. As part of the deal, which will last for at least two seasons, the five-time Ballon d’Or winner’s image will be used as part of the company’s digital inventory and content. The striker, who has scored a remarkable 528 goals in 541 appearances for club and country, will also represent LiveScore at next year’s World Cup, scheduled to be held in Qatar in November.

Announcing the deal, Ronaldo said: “I’ve used the LiveScore app to keep up to date with the latest scores for many years, so I’m really excited to begin such a natural new partnership.

Throughout my career, every goal has always been about more than a score to me, and I know LiveScore has been there every step of the way to keep my fans across moments that have defined me.– Cristiano Ronaldo, LiveScore Ambassador

“LiveScore and I are connected by a drive to be the greatest at what we do every single day. I cannot wait to unite our combined audiences of football fans with amazing content, moments and goals in the next exciting stage of my career,” the striker added.

The LiveScore website is popular with visitors as it allows fans to see information on upcoming games such as venue, referee and team line-ups. The site also helps punters place bets by displaying head-to-head data on the teams involved. The company has affiliate accounts with all the major online bookmakers, and they earn revenue if a customer signs up to an operator using their platform.

LiveScore marketing director Ric Leask said of the deal: “In a year that has seen LiveScore rapidly evolve as a global sports media business, this landmark new relationship with Cristiano Ronaldo is without doubt the biggest moment so far.

“There is simply no bigger sportsperson — past or present — than Cristiano Ronaldo, who continues to captivate fans around the world with his brilliance on the pitch.”

In April this year, LiveScore added an on-demand video content service to its IOS and Android apps. The service called “Watch” contains over 500 pieces of video content per month and is available in over 200 countries.

Along with an archived video library, the app also gives customers access to live streams of games. The company states that 1,250 matches in the UK and Ireland have already been broadcasted.

Ric Leask, LiveScore marketing director, said: “The launch of Watch is the most exciting step ever in the evolution of LiveScore, as we continue to grow our offering beyond real-time sports updates and become a truly global sports media business.

“Complementing our existing match coverage of more than 1,250 live-streamed fixtures this season, the new Watch feature within the app will provide rich on-demand content and keep our global audience closer to the action than ever before,” 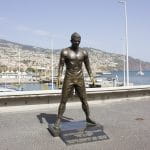