MoPlay has signed a multi-year betting partnership with Hertha Berlin as the brand launches in the German market. 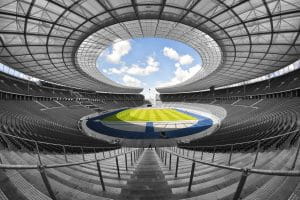 The mobile operator will be the official betting partner of the club, while the German version of the operator’s website went live earlier this week.

MoPlay, one of Addison Global’s brands, is a mobile betting operator, and has performed well in the UK market since its launch there. The operator focuses on live betting, but offers casino and games alongside sports betting.

The partnership with Hertha Berlin accompanies a strong betting partnership the brand made in the UK with Manchester United. That deal was also a multi-year global partnership which will see the two create unique content and partner on activations throughout the globe.

Securing a sponsorship in the Bundesliga to coincide with our launch into the German market, is another true statement of intent for the MoPlay brand… We’re thrilled to be partnering with Hertha BSC, a club steeped in history and tradition, but also a forward-thinking organisation whose ambition on and off the pitch matches our own. Since our first meeting with Hertha’s representatives, we’ve been hugely impressed by what we have seen from not only the club, but the city of Berlin.–Juergen Reutter, Addison Global CEO

Reutter also mentioned how the partnership with Manchester United, the biggest sports club in the world, helped to put the brand on the map.

MoPlay are an innovative and dynamic company looking to further enhance our fans’ gaming experience. They are an exciting new brand that aims to modernise and improve the betting industry and we are delighted to be part of this journey.–Richard Arnold, Manchester United group managing director

MoPlay also have a deal in place with EPL club Watford City. MoPlay are the club’s sleeve transfer for the 2018/19 EPL season in what is Watford’s biggest ever sponsorship deal. 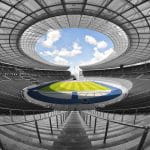