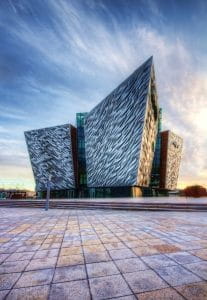 Maximum stakes for FOBTs were reduced from £100 to £2 by the UK government last year, with the new rules to be implemented in April.

However, Northern Ireland has a different regulatory framework for gambling, with the 1985 NI Order for Betting, Gaming, Lotteries and Amusements. The FOBT ruling was made to changes in the Gambling Act legislation and therefore not applicable in Northern Ireland.

Despite this, Ladbrokes had already confirmed that it would implement the reduced £2 stake in all of its 60 retail outlets across Northern Ireland.

Belfast City Council made an appeal to operators earlier in the month to commit to implementing the reduced stakes. Northern Ireland has the highest rate of problem gambling in the UK.

A motion was introduced by Cllr Dr John Kyle that urged other operators to follow suit. Two weeks later and two more operators have promised to commit.

This is despite the financial implications of the stake reduction. William Hill has estimated the cost of the decision to be around £65m less in revenue.

The bookmaker announced last week that it could close up to 900 betting shops and layoff 4,500 staff as a direct result of the ruling.

I’m delighted to say that in Northern Ireland, Ladbrokes, Paddy Power and William Hill have said they will reduce the maximum stake from £100 to £2. It just remains for Sean Graham, McLeans and Toals to follow suit. I would like them to show social responsibility by following the example of Ladbrokes, William Hill and Paddy Power and voluntarily reducing the maximum stake to £2.–Cllr Dr John Kyle, Belfast City Councillor