LeoVegas has been issued a £600,000 penalty package by the UK Gambling Commission after producing several misleading adverts and committing a number of self-exclusion failings. 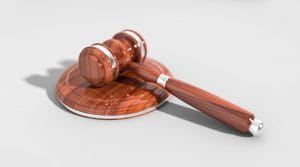 The Commission broke the news earlier today, stating the operator was being fined for marketing and self-exclusion failures.

After a review of the operator’s licence, the Commission ruled it will pay a £600,000 penalty and divest any funds that were earned as a result of the failings. It will also pay the costs of the Commission’s investigation.

In total, 41 misleading adverts were found to have been produced between April 2017 and January 2018. The Commission found that 31 did not state relevant limitations and qualifications relating to the promotions advertised, while 10 failed to present enough information in a clear manner to customers.

In addition to this, another marketing failure was uncovered when LeoVegas sent marketing materials to almost 2,000 people who had self-excluded themselves from the operator.

In relation to self-exclusion failures, LeoVegas failed to return account funds to over 11,000 customers who had self-excluded themselves from the site and closed their accounts.

Furthermore, a software error resulted in 413 customers who had previously self-excluded to gamble without LeoVegas having spoken to those customers or given them a cooling off period of 24 hours or more.

The Commission has published the statement on its website and asked that all operators consider the issues outlined and to review their own practices.

The outcome of this case should leave no one in any doubt that we will be tough with licence holders who mislead consumers or fail to meet the standards we set in our licence conditions and codes of practice… We want operators to learn the lessons from our investigations and use those lessons to raise standards.– Neil McArthur, Chief executive of the Gambling Commission

Elsewhere, LeoVegas has reported revenue increase of 76% for Q1 2018. The operator has also been one of the first to integrate the new GAMSTOP national self-exclusion register.

In the financial report, the group pledged to focus more on responsible gambling after the issuing of this fine. 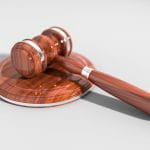