The UK Gambling Commission has issued Tabcorp with a financial penalty package after a review of its Sun Bets brand’s licence and an investigation into the legality of a publicity stunt made by Sun Bets back in February last year. 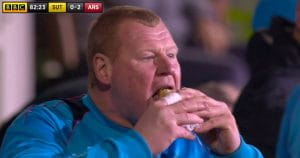 Shaw was filmed late on in the match eating a pie. © Daily Mirror.

Tabcorp is to pay a fine totalling £84,000 towards socially responsible causes, after the Commission ruled that a publicity stunt labelled ‘piegate’ was at odds with risk management associated with novelty bets.

The Commission has also added new conditions to the UK licence of Tabcorp.

The investigation into the group began last year after a Fifth Round FA Cup clash between Sutton United and Arsenal featured a publicity stunt labelled publicly Piegate.

Sun Bets issued a novelty bet in anticipation of the match revolving around Sutton United’s reserve goal keeper, Wayne Shaw, eating a pie at any time during the match at odds of 8/1.

After Shaw was filmed eating a pie during the match, the Football Association was quick to rule that Shaw had colluded and influenced a betting market, with the goalkeeeper fined £375 and banned for two months.

Novelty betting markets, such as the market Tabcorp UK offered on last year’s FA Cup tie between Sutton United v Arsenal, may seem like a bit of fun but the consequences were serious – with the potential to encourage someone to commit a criminal act or breach a sports governing bodies’ rules.– Richard Watson, Gambling Commission programme director

Along with piegate not mitigating the risks associated with novelty bet, the Commission’s own investigation uncovered more failures from Sun Bets.

Tabcorp was found to have also offered bets for whether a streaker would run onto the pitch at any point during the match. The review also found that over 100 customers who had self-excluded themselves from the operator’s online platform were still able to open duplicate accounts to gamble.

Vulnerable customers were able to gamble with Tabcorp UK, despite choosing to self-exclude. This is not acceptable. Gambling firms must ensure the systems they have in place are protecting their customers effectively.– Richard Watson, Gambling Commission programme director

The Gambling Commission has warned Tabcorp that any further failures related to novelty bets could lead to the group losing its UK licence. 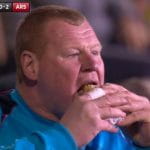