#ad
18+
This site contains commercial content
Advertisement Disclosure
This independent comparison website helps consumers choose the best available gambling products matching their needs. We offer high quality advertising services by featuring only established brands of licensed operators in our reviews. We receive commission for advertising the brands listed on this page. This may influence brand ranking. Please note that although we endeavor to provide you with up-to-date information, we do not compare all operators on the market.
Main Menu
Popular Sports Markets
All Bookmakers
Best Online SportsbooksOct 2021
New Betting Sites
All Online Bookmakers
List of All Betting Sites
back to the top

If you’re a fan of eSports, you’ve heard of The International. But can you predict the winner of the 2021 edition and cash in? Luckily, our betting analysis has you covered. Here is a closer look at the top The International 10 betting sites, along with a preview of this October’s action. 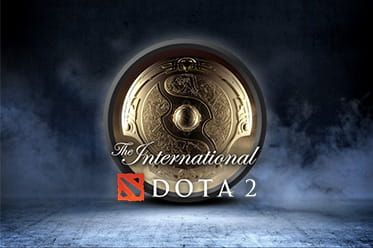 The Best TI10 Bookmakers by Category

In the following write up, we cover all the pertinent information about betting on The International 10, including odds levels, markets and promotions. As the final event of the Dota 2 calendar, there are plenty of statistics, results and stories worth reviewing.

Odds are the most important aspect of any form of betting. There’s no point in risking anything if it’s not worth the reward. Fortunately for us, The International 10 odds are fluid markets, and allow savvy punters to take advantage of inefficiencies when they arise.

The 2021 edition of the tournament is shaping up to be a great one for punters, as many Dota 2 betting sites have listed two-time champions Team OG in the midfield, though many experts consider them a favourite. Here is the full list of Dota TI 10 pre-tournament odds:

* Prices are subject to change. Please check for any changes on the recommended betting site.

As you can see, there are quite a few well-known teams listed as favourites. The Chinese powerhouse PSG.LGD is the pre-tournament favourite, with a 22.2% probability of taking home the title. In the section below, we take a closer look at each team’s chance at victory.

Three in a Row for Team OG?

Having won the last two iterations of The International, it was widely thought that Team OG would again be the favourites. However, a lacklustre season meant they had to qualify through regionals, and the bookies are taking a cautious outlook on their chances of a three-peat.

With one of the best captains in the game and a strong regular season showing, Team Secret looks strong going into Dota 2 International Bucharest. However, they’ll have to get through favourites PSG.LGD and previous winners like Invictus Gaming and Evil Geniuses.

A great thing about The International betting is that the tournament uses a playoff-style format. This allows bookmakers to publish odds for outcomes other than the eventual winner. The availability of various betting markets lets you find additional avenues of value and can help your bottom line.

By far the most common bet type, outright winners are also the hardest to predict. Also known as futures or ante-post bets, you’re banking a team makes it through the round-robin stage and a double-elimination bracket victorious. This format creates big upsets each year, and many disappointed punters have left The International 10 bookmakers empty-handed because of it.

This market is where some shrewd thinking can potentially lead to some big wins. During the tournament, The International 10 betting sites provide odds on each best-of-three match. If you chose a team as an outright winner, you can bet on it to win its matchups throughout the tournament.

If the team you picked ends up winning the whole thing, you cash in on the outright bet, plus your bets on each match. If the team comes up short but makes a deep run, the winnings from match victories can cover losing outrights if you calculate payouts correctly.

The map first blood market is very straightforward. You’re betting on a team to get the first kill of a match. However, this International 10 online betting market is high-variance, so it’s best to use either when you have a serious angle or for pure fun.

The total maps bet type is an over/under market where you predict the total number of games played in a match. When you’re betting on The International, the bookies usually provide an over/under of 2.5 games because of its heavy reliance on best-of-three matches.

The maps handicap creates a more level playing field between two teams. Underdogs on the +0.5 handicap must push the match to a minimum of three games. Likewise, if you think the favourite wins 2-0, bet them at -0.5 on the spread. However, The International 10 odds reflect the higher probability of the underdog winning with a handicap.

One of the ways The International 10 betting sites entice new users to sign up is through promotions. Since Dota TI is such a major event, online bookmakers may have offers for people specifically interested in wagering on the action.

However, eSports are still somewhat niche in the world of sports betting, so you may have to use a generic welcome bonus to fund your wagers. You can check out our write up on betting bonuses and promotions for our recommended options. As you will notice, offers are in abundance, but please read the terms and conditions before playing!

The International 10 Tips and Bet Strategy

By now you’re probably wondering how you apply all of this knowledge. While we won’t tell you how to bet on The International 10 with your own hard-earned money, we created some basic guidelines both new and experienced punters can use for The International 10 betting.

One of the things to remember while you’re gambling is to always shop around for the best odds. The International 10 online betting sites all have different odds on the various markets, so you should exploit these discrepancies by having funded accounts with multiple operators.

The 10th edition of the Dota 2 TI tournament features 18 teams from six regions. 12 teams get automatic invites based on their Dota Pro Circuit finishing positions. The last six must earn their spots through regional qualifying tournaments, which you can also wager on at eSports betting sites.

Once the teams are seeded, they are divided into upper and lower brackets. Teams play an inter-bracket round-robin, and the lowest-ranked team from each bracket is eliminated. The remaining teams are seeded within their brackets and move on to a double-elimination phase.

Each match in the double-elimination bracket is a best-of-three match series. Winners of matches advance through each round, while losers are placed into a losers bracket. Keep in mind while you’re International 10 betting that double-elimination does not apply to the Grand Final.

The organisations competing in the tournament are among the most well-known eSports teams in the world, so the tournament truly is a global affair. There are players from over 20 different countries, representing teams from four continents.

The top 12 teams out of 60 in the Dota Pro Circuit (DPC) receive automatic berths into The International. The DPC is the Dota 2 equivalent of a regular season in traditional sports.

It’s divided into six regions that operate similarly to football associations. Each region consists of an upper and lower division, and teams are placed using a promotion and relegation system based on their standings at the end of each six week season.

Once the twelve teams are set, the remaining DPC teams (provided they haven’t replaced more than two players from the previous season) compete in regional double-elimination qualifier tournaments. The victors from each region move on to Dota 2: The International (10).

After qualifications, teams are seeded into two groups of nine teams based on their DPC point totals. Each group plays in a best-of-two match round-robin, with the lowest-ranked team in each bracket eliminated.

Each group’s top four teams move into the upper bracket of the main event, while the bottom four teams go into the lower bracket.

The main event is a double-elimination bracket-style tournament. Matches in the first round of the lower bracket are best-of-one, the Grand Finals are best-of-five and all other matches are best-of-three game series.

The Teams and Players at The International 10

With such big money involved, it’s no surprise the biggest teams in eSports have Dota 2 squads. Teams well-known throughout other eSports like Team Liquid, Evil Geniuses and Invictus Gaming have all claimed their spot among Dota 2’s best.

The Teams with the Most International Titles

The first eight editions of The International saw eight different winners, highlighting just how unpredictable the tournament can be. However, the last International gave us the first repeat winners in history, with Team OG claiming the title for a second year running.

The Best Players in the History of The International

Though Dota 2 is most certainly a team eSport, many organisations would be listless without a captain to skipper the squad and make tough decisions. Here are some of the best all-time players in the history of The International:

While we tried to make our guide to The International 10 betting sites as comprehensive as possible, some of our readers had more specific questions. We included our answers in the FAQ section below. If you would like to reach out, send a message to info@bestbettingsites.com.

🥇 What are the best Dota 2 International 10 betting sites?

The best International 10 bookies are ones licensed by a gambling authority. Gambling with licensed sites keeps you safe and provides legal recourse should you ever get into a dispute with an operator.

🏆 Is betting on The International 10 possible?

Yes, it's possible to bet on The International 10. As one of the most prestigious eSports events around, there are loads of available betting types at many of the world's top bookmakers.

🔍 What are The International 10 odds?

The International 10 odds fluctuate over time as more money is wagered, so it's best to check the most up-to-date prices regularly. Keep in mind odds are different depending on the bookmaker you're using, so shop around for the best lines to get the best results.

👌 How can I bet on The International 10?

You can bet on the International 10 using a fairly basic approach. It's best to keep it simple as Dota 2 can be quite complicated. Have a look at our write-up on The International 10 betting strategy for some useful tips and tricks.