It has been a particularly tumultuous quarter for the bookmaking giant, William Hill, as it records huge pre-tax losses following the changes in gambling legislation within the Australian market. 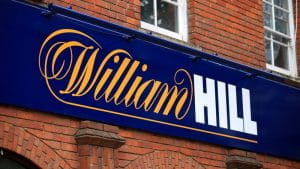 William Hill is one of the oldest bookmakers in the UK. ©The Irish Times

The total reported losses for 2017 are in the region of £75m. This is a stark contrast to the company’s massive £180m pre-tax profit in 2016. The change in fortunes for William Hill is due mainly to the value of the Australian business and the generated betting volume that this market provides. The legislation that has been passed into law by the Australian government affects the type of payments that can be accepted by gambling companies – more specifically, credit-funded betting. This, combined with a slight increase in taxes within some of the Australian states, has had a massive knock-on effect for William Hill’s Australian operations.

The move by the Australian government has been floated for many years and comes in a global response to the ethical issue of gambling addict exploitation. This is especially prevalent in the Australian market as punters can gamble directly from sources of credit. This poses a huge problem and risk to players who are already in financial debt.

The move by the Australian government comes in response to large public criticism against this ethically questionable business practice. It is most certainly the responsibility of bookmakers to protect their customers from gambling addiction and potential self-destruction from financial damage. However, this is hard for a gambling company due to several mediating factors; most concerning of which is the conflict of interest that exists between the bookmaker’s desire for profit and the huge losing potential of a gambling addict.

In a world of god-fearing CEO’s, bookmakers rightfully abstain from this unethical and manipulative practice, but unfortunately, the human desire for financial gain is particularly prevalent and well-disguised behind a mask of bogus compliance policy. In this vein, the move taken by the Australian government to prevent bookmakers profiting off punters using credit to fund their stakes should be applauded. It sets an optimistic precedent that gambling addiction is a serious societal problem that can be tackled with acute and consummate legislation.

A statement from the bookmaker said that new policies would be introduced to ensure compliance:

We have committed to an independent process review and will work to implement any recommendations that emerge from that review… We are fully committed to operating a sustainable business that properly identifies risk and better protects customers and we will continue to assist the Commission and work with other operators to improve practices in this area. We can and will do more to embed sustainability for the long term.– Statement, William Hill

Looking to the future of the US Market

Despite the recent setback, William Hill is optimistic about its prospects as the underlying performance of the company has drastically improved. William Hill has also stated that its online revenues are soaring, with a 13% rise in incoming revenue. It has also begun scoping out the thriving market of the United States: this appears to be the future of the world’s biggest gambling companies who face strict laws in this territory and are limited in the services they offer.

But as the CTO of Betfair recently argued in a recent interview with TechCrunch: the US market will become more open eventually. Companies that provide gambling services need to position themselves effectively to prepare for this eventuality.

The landscape of online bookmaking is drastically changing. The public outcry for action against rogue bookmakers exploiting problem gamblers has been brewing for a long time. With this recent announcement in Australia, it is only a matter of time before the ripples affect European markets. The US gambling market would be extremely lucrative for leading bookmakers and hopefully, some of this recent legislation will find its way into the US gambling industry, to protect the customers and prevent the corporate greed that is rife in online gambling.