William Hill to undertake a strategic review of its Australian business

William Hill has announced a strategic review of the Australian arm of its business in a trading update on Monday morning. 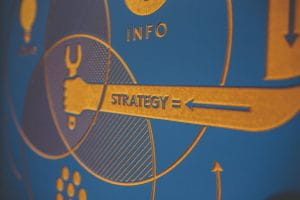 With profits under threat, the strategic review could see Hill pull out of the Australian market altogether. © Pexels.

The UK based operator has said that Australia imposing a ban on operators offering credit and an expected point of consumption tax in multiple Australian states could have a heavy impact upon profits.

The bookmaker has stated that this increased regulatory pressure has led to the review and could ultimately lead to Hill removing itself from the Australian market, depending upon the findings of the review.

Revenues at William Hill Australia had been lower than expected throughout 2017, with a 2% fall in net revenue reported in November 2017. This had lead to talk of a merger with CrownBet, which the bookmaker confirmed.

A statement from the bookmaker read:

Given the credit betting ban in Australia and the likely introduction of a Point of Consumption tax in a number of states, it is clear that profitability will increasingly come under pressure and therefore we are undertaking a strategic review of our Australia business.– Statement, William Hill

Despite considering closing its Australian facing business, news elsewhere in the business was much more positive. In the US, for example, trading experienced double-digit growth.

Profits for 2017 were expected to be 11% higher than 2016, owing much to online betting and favourable football and horse racing results. Full-year adjusted operating profit was around £290m for the year ending 26th December 2017. The full financial report results for 2017 will be released in February.

Analysts predict that the operator may be gearing up to focus more on the US market, where potential deregulation of the sports betting industry could provide unparalleled opportunity. However, Hill is already experiencing strong performance in the US.

We have delivered a strong result in 2017, reflecting our focus on rejuvenating online, growing the US and building an attractive omni-channel proposition. At the same time, we are continuously improving how we enable customers to gamble responsibly. We are excited about the opportunities ahead in 2018 – a World Cup year – with our competitive position reasserted in the UK and with the potential for sports betting to open up in the US.– Philip Bowcock, William Hill CEO 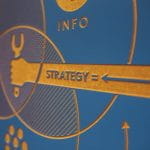