Sports betting giant William Hill is a step closer to being sold after shareholders approved a £2.9bn bid from Caesars Entertainment this week. 87% voted for the deal with 13% voting against the takeover.

Shareholders in William Hill have approved a takeover bid from American casino and hotel company Caesars Entertainment. At an extraordinary meeting held at the company’s London HQ, 506,999,436 (87.14%) of the votes cast were for the deal, as opposed to 74,793,963 (12.86%) share votes against. 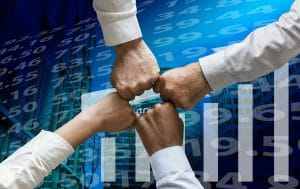 While the vote was largely symbolic as directors had already accepted the bid on behalf of the company, it shows overwhelming support for the sale.

“We continue to work towards satisfying the remaining regulatory conditions and look forward to completing the transaction next year and integrating William Hill US into our Caesars sports betting and igaming franchise”.

The press release on the William Hill corporate website states that a court hearing will be held within 14 days after regulatory clearance is given for the deal. It lists the timescales as follows;

Regulatory approval would need to be granted by the UK’s Competitions and Markets Authority (CMA). Stateside, the deal will be investigated by the Securities and Exchange Commission (SEC).

William Hill shares will be allowed to be traded until a day after the Scheme Court hearing with the company’s listing being removed from the CREST system at 6 pm that day. The schedule also shows that long-stop date is given as 31st December next year. This date is the maximum time permitted for all regulatory and legal processes to complete; this date can be extended if both parties agree.

While the deal will be seen as a good deal for shareholders, it does raise questions regarding the UK operations of William Hill. One of the UK’s oldest betting shop brands, the bookmaker operates betting shops in 36 of the 59 racecourses in the UK. The brand is synonymous with the high street with William Hill operating 16,000 shops at their retail peak in the 1970’s.

The bookmaker has been aggressive in the regulated market in the US; the company believes this market will be worth US$5bn to US$19bn range within the first five years post the overruling of the Professional and Amateur Sports Protection Act of 1992 which made sports betting illegal in the country. 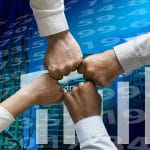