William Hill to review 100 jobs ahead of Mr Green acquisition

British bookmaker William Hill has announced that it is to review 100 jobs in Leeds, London, and Gibraltar, as part of an efficiency push ahead of the completion of its acquisition of Mr Green (MRG). 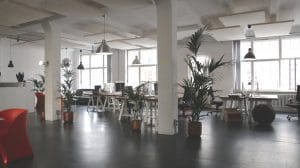 The jobs under review are in a range of digital divisions. © Pexels.

The company has insisted that where possible employees will be redeployed or relocated, but some redundancies may be unavoidable. The operator stressed that support packages would be offered in the case of redundancies being made.

It is not clear at this time exactly which roles are under threat, but it is understood to be a range of positions in different online departments.

This announcement is thought to be related to William Hill’s proposed £242m acquisition of MRG, announced in October. That move would give Hills a hub and presence in Malta, something which the operator deemed vital post-Brexit.

However, the move could create many duplicate roles. Currently though, this efficiency review concerns only William Hill staff, rather than any from MRG, as a statement from the group explains:

Prior to completion of the offer, no decision will be taken on any material changes to MRG’s employees and management or to the existing organisation and operations, including the terms of employment and locations of the business.– Statement, William Hill

The acceptance period for the offer runs until January 11 2019. William Hill hopes to complete the deal soon after.

It’s a strategic move for Hills, who are seeking a hub in Malta, as CEO, Philip Bowcock explained:

MRG will provide William Hill with an international hub in Malta with market entry expertise and strong growth momentum in a number of European countries… William Hill will move from a single brand to a suite of brands that can maximise growth opportunities moving forward in new and existing markets.– Philip Bowcock, CEO William Hill 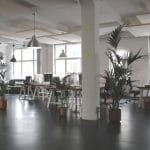