Willliam Hill has announced a 1% rise in its online net revenue. Results shared with the stock exchange show a 4% decline in international online net revenue, but this figure is offset by the company’s UK revenue, which increased by 4%. A number William Hill state is consistent with the UK’s current growth rate. 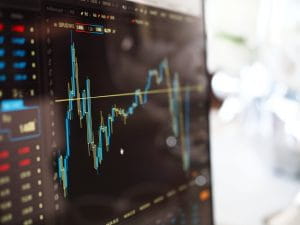 Domestically a 51% increase in gaming revenue which boosted online net income by 26% year-on-year prevented a 7% sportsbook decline hitting the bottom line. A drop was expected in the sports betting division due to increased activity last year due to the World Cup. William Hill also saw a fall in revenue from their retail division, down 16% which has been blamed on the impact of the £2 stake limit on the fixed-odds betting terminals and the closure of 700 shops.

The company blamed “regulatory headwinds” for the decline in International growth, the operator earlier this year abruptly stopped taking bets from customers in Switzerland, a move the company said was made on “short notice” and “for regulatory reasons”. The company was also affected by disruption to payment methods and closing 30% of VIP accounts due to responsible gambling measures introduced by the bookmaker.

William Hill’s performance in the US continued to show good growth figures, net revenue grew 60%, and the company expect this trend to continue after operations in Indiana and Iowa went live. In the 18 months since the supreme court repealed the Professional and Amateur Sports Protection Act (PASPA) 13 states allow legal wagers, William Hill is active in 10 states and has a market share of 26%.

Their presence stateside could increase further due to a partnership announced with US casino group Eldorado Resorts. As part of the deal, William Hill becomes Eldorado’s exclusive partner in the provision of digital and land-based sports betting services as well as online gaming. Eldorado currently has 21 casinos in 11 states and has a customer base of 23 million.

In the US our business has gone from strength to strength. We have excellent market access, a valuable partnership with Eldorado and we are excited about the potential that is presented by the combination with Caesars.– Ulrik Bengtsson, William Hill CEO.

The company also gave investors some details of William Hill’s short term plans which include A new sportsbook front end which will be used in Italy and Spain will replace the current third party solution and will launch in the fourth quarter. Hill also states they are working on a single wallet solution for Spain will roll out towards the end of the year. 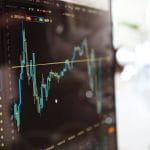