British bookmaker William Hill has been hit with a £269.88m fine from Dutch regulators. The bookmaker has been punished for offering online gambling to Dutch players without a licence. 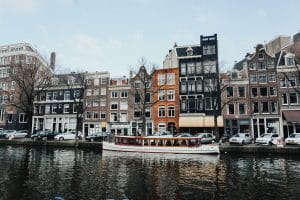 William Hill has been fined over licensing failures by Dutch regulators. © Pexels.

William Hill has been ordered to pay €300,000 by Dutch regulators after an investigation by KSA found that the operator had been offering services without a licence. The company is accused of breaking the Dutch prioritisation criteria that prevents unlicensed operators targeting Dutch consumers.

The Dutch prioritisation criteria forbids a company using the Dutch language, uses Dutch in its advertising and also prohibits a company using the country domain .nl extension. William Hill was found to be in breach of these rules with williamhill.com being accessible to players in the Netherlands.

Under strict rules which are due to be abolished, bookmakers are unable to use any of the symbolism that you would associate with the Netherlands. This means iconic pictures of tulips, clogs, and windmills are all banned. Any unlicensed bookmaker that accepts payments that are in common use in the Netherlands can also be investigated. It was in this area that the operator was investigated and subsequently fined.

The KSA decided that due to the fact that William Hill directly supported Dutch consumers by offering first line customer support that spoke Dutch showed intent. The regulator also found that the company accepted IDEAL as a payment method, which is widely available to the Dutch public, also broke rules.

The operator is expected to appeal the decision. This ruling could have consequences when the long-awaited Dutch Remote Gaming Bill comes into effect. This will open the market and will allow more competition but it is yet to be enacted in Dutch law. A draft of the gambling bill was published in summer, with stakeholders offering feedback throughout Autumn.

Under the proposed Bill, any company that “providers sanctioned at the opening of the market for remote games of chance are in no way eligible for a permit”. This could potentially see William Hill being barred from the initial licenses that are expected to be awarded. However, after recent violations by both the Betsson Group and Mr Green, the Minister of Justice hinted at a softening of these rules. Sander Dekker hinted that operators who have previously been in trouble with the regulator will be able to re-apply after a cooling off period. 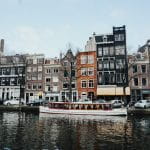