William Hill to close up to 900 retail betting shops

British bookmaker William Hill has announced it could close up to 900 betting shops over the next two years in anticipation of the new fixed-odds betting terminal (FOBT) betting limits set to come into force in April. 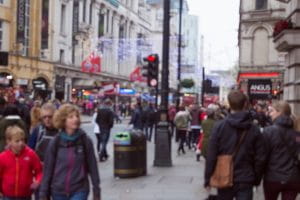 That would account for 40% of the operator’s shops in the UK and put around 4,500 jobs at risk.

The announcement comes in the wake of last year’s decision to cut maximum stakes on FOBTs from £100 to £2. That new law will enter into force on April 01.

Operators have long been planning for such cutbacks ever since the new law was announced last year. William Hill warned in August last year that high-street revenues would fall by 45% and shop closures could be inevitable.

With the implementation date looming, the bookmaker has now said that closures will go ahead. That decision comes on the back of Monday’s disappointing trading update, which showed operating profits were down 15% for 2018, with a fall in high-street revenues mostly to blame.

Closures could happen within weeks

The shop closures will come incrementally and will be avoided if possible. Hills will first try to remodel stores around different products before closing them outright.

The total number of closures cannot be stated at this time. The operator stated it will hold out to see the full impact of the regulation and consumer reaction, before initiating widespread closures.

However, the operator will begin to close loss-making shops immediately.

The bookmaker is also a market leader in America, where it has set up a number of strong partnerships to offer sports betting in numerous US states.

Hills appears ahead of the pack in the US. Its most recent partnership was with the Prairie Meadows Racetrack & Casino in Iowa, in a state where sports betting is not yet legal. However, a regulatory framework is on the way, and William Hill will be ready to offer sports betting in Iowa as soon as the legislation arrives. 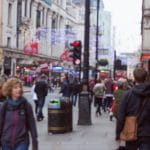