William Hill has become the sixth online sports betting company to agree to terms with Arena Racing Company. The bookmaker is using its streaming data deal with At The Races (ATR) to broadcast a new free-to-air channel. 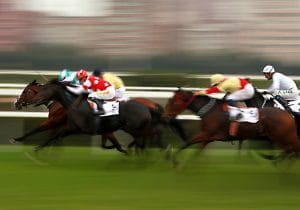 Called “Betting TV”, the channel features horse racing and dog racing from the 24 tracks that Arena Racing Company manages the media rights for and includes over 1,000 races per year. Top races the deal will include are the world’s oldest Classic, the William Hill St Leger at Doncaster and the Midlands Grand National at Uttoxeter.

The operator has confirmed that there will be no charges for the new channel and is available to everyone, regardless if they are a William Hill customer or not. This is a move away from the bookmaker’s usual practice of requiring a bet of at least £1 to be placed before streaming became available.

Talking about the introduction of the new channel, William Hill’s Rupert Adams said Betting TV would not only feature domestic racing, he said;

We will have a dedicated channel with all the ATR races, foreign racing and greyhound racing and is in effect a free-to-air racing channel which is up live and running. – Rupert Adams, William Hill.

William Hill joins Unibet, Betfred, BoyleSports, Betway and BetVictor in agreeing to a revenue share deal with Arena Racing Company. Previously operators paid a small charge to broadcast races, but ARC wanted a profit-sharing model that is based on the revenue of the race.

Industry insiders had wanted bookmakers to stand united in the hope of collectively agreeing on favourable terms with ARC, but when Betfred broke ranks and became the first bookmaker to agree on a new broadcasting deal in November last year, it seemed inevitable that other operators would follow suit.

The pressure to accept the costly terms of ARC couldn’t have come at a worse time for many bookmakers. Latest figures released by the UK remote gambling industry revealed a 10% drop in revenue figures which equates to a fall of £34.2m from the previous year. Horse racing was one of the contributing factors for the reduced gross gaming yield as revenues fell to £552.06m. This figure was 15.03% lower than the previous year. 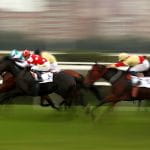