William Hill has confirmed that it is in preliminary discussions with CrownBet about a merger with its Australian-facing business. 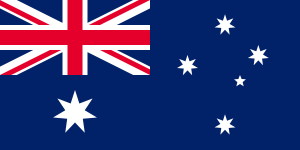 Australia is proving to be a difficult market to crack for William Hill. © Wikipedia.

After speculation in the Australian media, both parties have publicly confirmed that talks are underway, but are at an early stage.

William Hill released an investor update earlier this week detailing its finances for Q3 2017. On the whole, performance was strong, with revenues up 6% on the year. However, the Australian side of the business suffered a setback with a 2% fall in net revenue.

This, along with a decision by the Australian Competition Tribunal (ACT) to approve a merger between Tabcorp and Tatts Group that will create a clear market leader in the gambling industry in Australia, is a likely impetus for William Hill’s furthered interest in the market.

Hill released a statement on Friday that announced that the rumours of the merger were true, but were only at a preliminary stage. In its statement, William Hill said:

CrownBet is the online betting arm of Crown Resorts, who own a 62% stake in the company. Crown Bets issued a statement of its own, reading:

Crown Resorts Limited notes media speculation today in relation to consolidation in the online wagering industry, including in relation to CrownBet, which is 62% owned by Crown. Crown evaluates opportunities regarding its investments from time to time. Crown confirms that it is in discussions concerning its interest in CrownBet. There is no certainty as to whether any transaction will eventuate.– Statement, CrownBet Resorts

Australia is not the only geographical area of concern currently for William Hill. The operator is currently locked in a legal battle with US based companies NYX Gaming and Scientific Games, with Hill claiming a merger between the two companies is in breach of competition laws in the US. Last week, the UK bookmaker filed a lawsuit against NYX Gaming, but it was met with its own lawsuit issued by Scientific Games earlier this week. 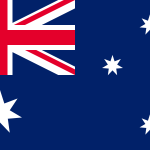