William Hill has announced that its lawsuit with FanDuel has been settled. The bookmaker announced the news on Monday night, but settlement was reached a few weeks prior. 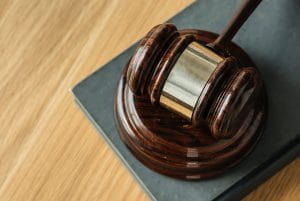 The lawsuit has been settled without going to trial. © Pexels.

Details of the settlement have not been made public, but William Hill CEO Joe Asher has stated that some of the funds will be put towards establishing creative writing programmes at New Jersey universities and problem gambling treatment programmes.

The lawsuit revolved around a betting guide penned by Hills in June, the release of which coincided with the bookmaker beginning to take sports bets at Monmouth Park Racetrack in New Jersey.

William Hill filed a lawsuit in October, claiming that FanDuel had created and distributed an almost word-for-word copy of the betting guide at Meadowlands Racetrack.

Hills alleged in the lawsuit that entire blocks of text were copied verbatim by FanDuel and simply published in a different font.

The lawsuit certainly provided a great deal of embarrassment for Fanduel, but in truth, neither the bad publicity nor the money will hurt FanDuel much.

FanDuel raked in a whopping $9,110,014 total revenue in December at its Meadownloads racetrack, up from $7,043,394 in November. William Hill took in $2,327,684 at Monmouth in December, down from $2,679,395 in November. In a statement reflecting on those results, FanDuel spokesman Kevin Hennessy said:

December was another great month for the FanDuel Sportsbook, New Jersey’s top sportsbook by handle and revenue. We saw significant increases in revenue for our retail and online sportsbooks and delivered holiday cheer to our customers with more than half of our online sportsbook patrons benefiting from a promotional bonus in December.–Kevin Hennessy, FanDuel spokesperson 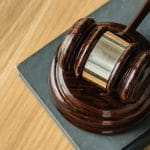