William Hill has become the latest bookmaker to restrict the popular Best Odds Guaranteed promotion to customers. Stating “commercial reasons”, the operator follows the likes of BetVictor and Paddy Power Betfair who also amended the promotion to start later on race day. 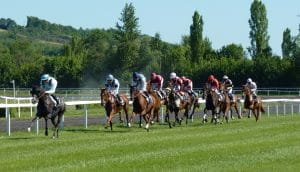 Previously the bookmaker would pay-out the starting price for a race if it was higher than the odds the customer took when they placed the bet. Earlier this year, William Hill restricted the promotion to apply from midnight on the day of the race; this has now been amended to 10 am on race day. William Hill has also introduced a cap for the maximum benefit that can be made from the promotion; this is set at £25,000.

The change, which came into effect on the 1st of December, has been made by the operator in an attempt to reduce costs as the industry braces itself for extra fees that courses are charging to stream racing events.

The Racing Partnership (TRP) who manage the media rights for 35 tracks, is wanting operators to pay a fee based on a percentage of race turnover, rather than a fixed cost per stream which is the current model. This change, the bookmakers claim, will lead to “horrendous” spike in prices.

Bookmakers had initially resisted the change to the charging model, with an industry executive urging UK operators to stand together and secure more favourable terms rather than break ranks and agreeing to pay based on revenue. These hopes, however, have been dashed with the news that Betfred had become the first operator to accept the terms that TRP was demanding. That deal comes into effect in January.

The Best Odds Guaranteed concession has been blamed for being one of the reasons why operators are suffering from a margin crunch. In latest figures released by the UK remote gambling industry, the betting sector saw a 10% drop in revenue figures which equates to a fall of £34.2m from the previous year. Horse racing was one of the contributing factors for the reduced gross gaming yield; revenues fell to £552.06m, which was 15.03% lower than the previous year.

An industry insider detailed the pressure that operators are under, stating that even a punter with little knowledge of racing would struggle to “lose more than 5%” but felt that if operators removed the Best Odds Guaranteed promotion altogether, they would lose out on recreational business. However it is believed that if one bookmaker did scrap the concession, others would follow suit quickly. A trading executive was quoted as saying, “it’s a very messy situation right now but if the costs of offering racing keep going up then it has to impact on the pricing and concession model”. 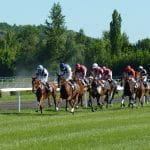