The US Department of Justice (DOJ) has reversed its view that the Wire Act, a 1961 Federal law prohibiting some forms of gambling that cross state lines, should only apply to sports betting. 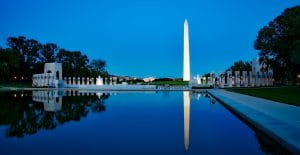 The DOJ released the new interpretation of the Act this week. © Pexels.

Shares in British firms that have entered the US market dropped on the back of Monday’s news that could see online gambling in the US hit with restrictions.

In 2011, the Obama administration issued an opinion that the Wire Act only applied to online sports betting.

However, the DOJ’s Office of Legal Counsel (OLC) reversed their standing on the issue with an opinion issued Monday night, but dated November 02 2018, stating that any form of gambling that crosses state lines would now fall foul of the Wire Act. Previously, only sports betting was prohibited across state lines under the Wire Act.

Sports betting should be largely unaffected since it already fell under the scope of the Wire Act and the previous interpretation. However, the new provisions would call for the Act to be considered alongside the Unlawful Internet Gambling Enforcement Act (UIGEA).

The 2011 reading essentially led to a proliferation of states offering lotteries or other forms of online gambling. Nevada, New Jersey and Delaware all legalised online gambling as a result of that reading and began to offer interstate lotteries or poker. These states that run interstate online lotteries, along with those that sell tickets online, would be the obvious groups affected, but it’s difficult to forsee the impact the new reading will have.

The key passage of the OLC’s opinion piece reads:

Based upon the plain language of the statute, however, we reach a different result. While the Wire Act is not a model of artful drafting, we conclude that the words of the statute are sufficiently clear and that all but one of its prohibitions sweep beyond sports gambling.–Statement, Department of Justice Office of Legal Counsel

The OLC themselves admit that the new interpretation is likely to be contested in courts. In previous court cases, it has been upheld that the Wire Act only applies to sports betting. 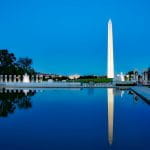