Chancellor Phillip Hammond is reported to have accepted a cut to a maximum £2 stake for fixed-odds betting terminals (FOBT) across the UK. 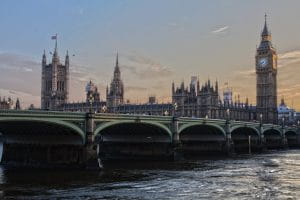 The Chancellor now appears to have agreed to a £2 maximum FOBT stake. © Pexels.

According to reports in the Times, a deal was struck last night and the news will be announced within the next two weeks, after local council elections have taken place.

Yesterday, it appeared that the Chancellor was unsure about whether to cut the stakes so drastically and that consequently the announcement would be delayed.

The hesitation stems from the Chancellor’s concern over the lost tax revenue that a cut of FOBT stakes from a maximum £100 to £2 would cause. Last year, FOBTs alone earned the Treasury £450m.

However, reports suggest that Mr Hammond has accepted expert advice and recommendations regarding the stake cut and agreed to the terms.

It is believed that lost tax revenue will be generated by increasing taxes on other forms of gambling. One likely possibility is that online slots could be taxed more heavily.

The next step is to agree terms with the department responsible for the review of the industry, the Department for Digital, Culture, Media and Sport. Inside sources in Whitehall suggest that an agreement between Hammond and Culture Secretary, Matt Hancock, is close to being reached.

Many in the Conservative party have been vocal in their support of a maximum £2 FOBT stake. Phillip Hammond has faced significant pressure from within the party to agree to the cut, with 22 MPs publicly backing the cut.

In March, when it appeared the Chancellor would not cut FOBT stakes so drastically, many Conservative MPs threatened to rebel against the Chancellor and stated that they would not support such a move.

The move would hit bookmakers hard, especially those such as Ladbrokes Coral, who have hundreds of FOBTs up and down the country.

But operators may now also be worried over the plans to more heavily tax other forms of online gambling. Multi-channel firms with both land and online outlets look set to be hit by more tax should the news prove true.

Earlier today, shares at many operators fell in response to the news.

William Hill has suffered the most so far, with shares falling by 14% earlier today.

Paddy Power Betfair shares dropped 3%, GVC Holdings (owners of Ladbrokes Coral) shares by 5% and shares at 888 fell by 2%, perhaps as it is an online only operator. 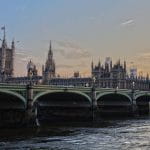