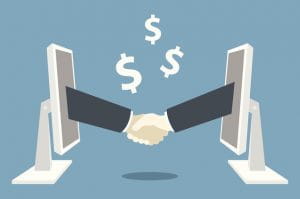 The stocks and cash deal should be completed in Q3 2018. © Billboard.

Stars Group owns PokerStars, one of the world’s largest online poker sites and has stated with the purchase of SBG it will create the largest publicly listed online gaming company in the world.

SBG is currently owned by CVC Capital Partners and Sky, with CVC owning 71% of the company and Sky owning 20%.

It’s expected that the deal will be completed at some point in Q3 of 2018.

The Stars Group have said that future leadership will comprise current leaders from SBG’s two arms, Sky Bet and Sky Gaming. The group’s base in Leeds and Sheffield will remain a hub for the new entity.

Sky Bet recently extended its deal to sponsor the English Football League until 2024.

Commenting on the deal, Rafi Ashkenazi, chief executive of the Stars Group, said:

SBG operates one of the world’s fastest growing sportsbooks and is one of the United Kingdom’s leading gaming providers. SBG’s premier sports betting product is the ideal complement to our industry-leading poker platform. The ability to offer two low-cost acquisition channels of this magnitude provides The Stars Group with great growth potential and will significantly increase our ability to create winning moments for our customers.– Rafi Ashkenazi, Stars Group chief executive

SBG published its interim financial results for 2017 last month. The results showed that profits and revenues had soared, with total revenue between the two arms £339m.

That was an increase of £119 from the 12-months prior and SBG credited that growth to an optimisation of its promotions and betting markets, along with a dedication to responsible gambling.

However, one of the firm’s flagship brands, Sky Bet, was also recently fined £1m for self-exclusion failures by the UK Gambling Commission.

Speaking about this deal, Richard Flint, CEO of SBG, said:

We are delighted to join forces with The Stars Group… We have had a fantastic last few years and would like to thank CVC and Sky for supporting us in becoming a leading online operator in the UK. This transaction allows us to offer our best-in-class products to a truly global audience.– Richard Flint, Sky Betting & Gaming CEO 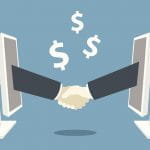