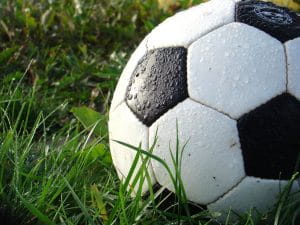 Online bookmaker Sportsbet.io is the new official betting partner of Premier League giants Arsenal. As part of the multi-year deal, the Coingaming Group’s brand imagery will appear across the team’s men’s and women’s teams, with a potential online audience of 60 million.

The operator will offer customers Arsenal themed experiences and will create original media content for the club’s online platforms.

The company also hope to use Arsenal’s appeal to support women’s football in their native Estonia. Arsenal to facilitate this, have agreed for their coaches to deliver training sessions. These will initially be aimed at the country’s under-19 women’s teams, but the plan is to expand to other teams. Sportsbet.io and the current holders of the FA Cup are also committed to exploring other socially responsible activations for the duration of their partnership.

Speaking about the deal, Tim Heath, Coingaming Group founder, said: “Signing a three-year deal with Arsenal, one of the most celebrated teams in the world, is a huge venture and something we are all very excited about.

“We’re confident that with Arsenal’s drive to innovate the sports industry, together with our own drive to innovate the gambling and crypto space, this is the perfect team for us. Watch this space, as we seize the opportunity to promote crypto gaming awareness, and hope to push forward crypto gaming adoption on a scale never seen before in football”. Arsenal’s commercial director, Peter Silverstone said of the deal:

We are proud to partner with a market-leading company that is at the forefront of the innovation journey of the gaming industry.– Peter Silverstone, Arsenal’s commercial director.

He added, “We are very excited about our future together. We will work together and explore the different ways we can leverage our combined expertise and Arsenal’s huge global reach to set a new standard in delivering experiences and content to our fanbase and Sportsbet.io customers worldwide”.

Coingaming Group, earlier this month, moved into their custom-built new headquarters in Tallinn in Estonia. Spanning two structures, the 3,700sqm building was originally the headquarters for the Estonia defence forces during the Estonian War of Independence. The company uses the old portion of the building for development, while the brand-new adjacent office building will be used for day-to-day operations.

Chief operating officer of Coingaming, Maarja Pärt, said the new building was the “heart” of the business and described moving into the new building as “an organic and natural step”. “The problem for us is we kept constantly running out of space. Obviously, we like to be in control of our full ecosystem, so building our own premises made complete logical sense. “We’ve been based online for a majority of the group’s history, so to build something that is tangible, and you can put your hand on, does feel different,” Pärt added.

The COO explained how the company had managed to complete the building, despite the coronavirus outbreak, saying: “We were fully prepared for Covid-19, and we did not have any implications as such. We acted very quickly. I think we were supported by the location as well because Estonia was quite relaxed and the number of cases was never as drastic as the rest of Europe”.

Pärt also revealed that the company’s ambitious expansion plans were still ongoing and that the group was hoping to “build something huge” in Tallinn Old Town soon. 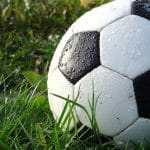