Ole Gunnar Solskjaer is serious about taking legal action against Irish bookmaker Paddy Power for using personal imagery in one of their advertisement campaigns. Solskjaer and his lawyer Erik Flagan both point out that this is illegal in Norway and England likewise, but this didn’t stop Paddy Power from overstepping the law. 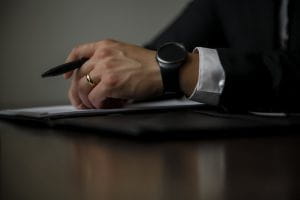 The advert in question involves a photo of Solskjaer that is being used without his consent. Not to mention it’s used in the context of the betting market for him landing the job as the permanent United manager, which obviously doesn’t sit right with him. The image was artfully combined with a Teresa May quip.

The ad itself was published in the Evening Standard newspaper last Thursday. Sarcastically incorporating a photo of Solskjaer clapping his hands and a witty line with the following wording: ‘Theresa, time to try the Norwegian model?’ Immediately after the message was placed a betting line advertising odds of 1/16 for the Norwegian to ‘be given the job full time’.

This is Illegal. The use of Personal images in a commercial context without the consent of the depicted is illegal both in Norway and England– Erik Flagan, Lawyer

It could be argued that the manager of United fears the prospect of his name being mentioned in the same breath as Paddy Power’s more than anything else. This could be the main reason why he’s ready to recourse to a lawsuit – to disassociate himself from brands that have anything to do with gambling. He confirmed this by saying that he shouldn’t have anything to do with a betting company like Paddy Power. On the other hand, he is believed to have a sponsorship agreement with the Norwegian national lottery Norsk Tipping. The agreement gives them the right to use Solskjaer’s name and image for commercial purposes.

He saw the advertisement for the first time when giving an interview for Scandinavian media NRK on Friday following the press release. Solskjaer appeared to be taking it quite well at first, but a few moments later he said with a serious air that he will ask his lawyer to look into the matter. His determination to sue Paddy Power was made obvious by his comment that they are going to have big problems with him. Flagan expressed confidence saying that demand for compensation is more than necessary as this is considered a standard procedure in the light of the preceding events. Another thing that would stand Solskjaer in a good steed going to court is that the controversial bookmaker Paddy Power is well-known for making publicity stunts.

The ‘incident’ jinxed manager and team because after it escalated into a full-blown conflict, Manchester United suffered a defeat to Arsenal. Even so, his team’s formidable charge to the Premier League’s top four made him a prime candidate for the job of a Manchester United manager. Paddy Power has been made aware of the legal consequences their move might have and the ball is now in their hands. 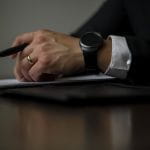