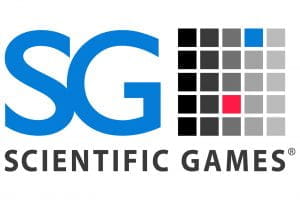 The agreement with William Hill is a significant step forward in the acquisition of NYX. © TheStreet.

Scientific Games announced that it will acquire 6.8m ordinary shares and convertibles that William Hill held in NYX Gaming, as it makes significant progress in its $630m acquisition of NYX.

In a statement, Scientific Games agreed to acquire William Hill’s entire holdings in NYX at CAD $2.40 per share for ordinary shares and around £87m for its convertible preference shares.

The parties have agreed that a new technology agreement will follow and that the on-going legal proceedings will be dropped. The move gained significant traction last week when Sky Betting & Gaming Group announced that it would support the merger and sell its 1,648,000 ordinary shares and 37,400 convertible preference shares in an NYX subsidary to Scientific Games.

William Hill seems to have secured access to OpenBet and will also expand its future relationship with Scientific Games. In an update to investors, Philip Bowcock, CEO of William Hill, said:

These agreements safeguard William Hill’s technology roadmap and relationship with NYX and end all legal action between the parties. Additionally we are pleased to expand our commercial relationship with Scientific Games in the US market which offers considerable potential should the Supreme Court ruling on the Professional and Amateur Sports Protection Act, which is expected next year, provide states with the power to regulate sports betting.– Philip Bowcock, CEO of William Hill

All legal action to be dropped

Scientific Game’s intent to merge with NYX Gaming was first announced in September, but proceedings have been scuppered by legal action from all sides. Back in mid November, William Hill announced that it had filed a legal complaint against NYX due to what it deemed unfavourable terms in the merger. The bookmaker argued that the terms violated laws and would threaten its access to NYX’s OpenBet platform, which Hill had helped NYX to acquire with a £90m investment.

That move was followed by legal action from NYX, who argued Hill was breaking anti-trust and competition laws by trying to illegally block the merger. In that move, it was also announced that the shareholder vote that would determine whether the acquisition could proceed was to be delayed.

The following week Scientific Games filed a lawsuit of its own against Hill in a Nevada court. The company stated it would be seeking damages and legal costs incurred for behaviour that amounted to anti-competition extortion from William Hill.

With this week’s announcement, all legal action is to be shortly terminated. 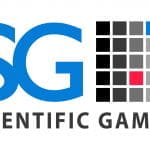