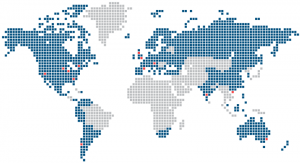 Scientific Games has filed the lawsuit in Nevada. However, William Hill is seeking to have the legal action from this and its own lawsuit issued last week take place in the UK. This decision should be made this week.

Both NYX Gaming and Scientific Gaming appear very committed to moving along with the merger, despite the actions of Hill.

Yesterday, it was announced that Scientific Games had acquired ownership of 11,600,000 ordinary shares – around 10.72% – in NYX Gaming, at a price of between AD$2.22 and CAD$2.35 per share, totaling an aggregated price of CAD$27,054,565. The press release made mention that should the planned merger not be approved, then Scientific Games would make a contractual takeover offer to the shareholders of NYX at the given share price.

Dispute on-going between the three companies

The on-going dispute began weeks ago when William Hill first expressed concerns about a proposed merger between NYX Gaming and Scientific Games. William Hill – who is a minority shareholder in NYX Gaming – claimed to find the commercial agreements as unfavourable. Due to this, Hill threatened to block the deal.

However, analysts pointed out that William Hill is likely concerned about its access to OpenBet, a technology provider for William Hill who was acquired by NYX Gaming last year, after William Hill provided £90m in investment. In the time since, William has stated that it is seeking to protect its relationship with OpenBet.

The UK based bookmaker demanded a formal vote on the merger, which would require converting its convertible preference shares in NYX to normal shares. To do so, William issued a formal legal complaint last week. A court recently ordered that NYX is not allowed to delay the date of the shareholder meeting where shareholders will vote on the acquisition. 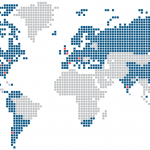