Scientific Games Corporation has announced that it has completed the acquisition of NYX Gaming, a software supplier to the online gambling industry. 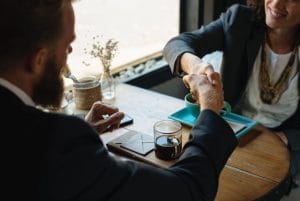 In a corporate statement issued on Friday last week, Scientific Games announced the completion of the deal and stated that NYX Gaming is expected to cease trading by the close of business on January 10th 2018.

As part of the deal, former NYX CEO, Matt Davey, will now become Group President of Digital Gaming at Scientific Games, while the digital services division will undergo some restructuring.

Scientific Games hope to utlilise NYX’s OpenBet sportsbook technology within its global networks in anticipation of future regulatory developments both internationally and in the US.

Today, Scientific Games moves forward as a leading digital provider of sports betting, iGaming and iLottery technologies, platforms, content, products and services. As we look to 2018, we are truly excited by the opportunities that this acquisition presents to us.– Kevin Sheeham, Scientific Games chief executive officer

The move was first announced way back in September 2017, with Scientific Games offering $630m to acquire full ownership of NYX. However, it wasn’t all plain sailing, as the move required the approval of several major key shareholders in NYX Gaming, among them William Hill and SkyBet.

Hill’s concern stemmed from NYX’s ownership of OpenBet, a technology provider. William Hill had invested £90m into NYX Gaming so that it could acquire OpenBet in the summer of 2016. With Scientific Games seeking to acquire NYX, Hill sought to protect the priority customer relationship with OpenBet its investment and shareholder status in NYX allowed it to enjoy.

This led to the bookmaker filing a lawsuit, which was swiftly reciprocated by Scientific Games in late November, with the company claiming Hill’s actions were anti-competitive and coercive.

Despite the lawsuits, Scientific Games moved ahead with the process and acquired NYX shares, before a vote in December 2017 meant agreement over the takeover had been reached, with Scientific Games acquiring all William Hill’s shares in NYX, and all legal action dropped. 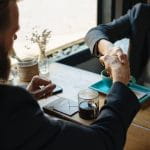