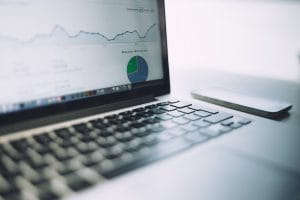 The RGSB has found progress in all twelve priority areas to be unsatisfactory. © Pexels.

The report is the second annual report covering the Commission’s 2016-19 strategy to reduce gambling-related harm.

The report doesn’t paint a particularly strong picture of the progress of the Commission’s strategy, with both operators criticised for their response to recommended actions and the Commission’s progress on many of the twelve priority actions called into question.

Ultimately, the RGSB believes it very unlikely that the targets of the strategy will be reached when it expires next year.

With just one year of the strategy remaining, the RGSB has judged that progress in each of the key areas is at red or amber, meaning progress has been slow and the chance of reaching the target of each area is low.

There are a few positives to be gleaned from the report. The increased recognition of gambling as a public health issue is hailed by the RGSB as a major step forward.

Additionally, the improvements in the quality and value for money of treatment services for those suffering harm from gambling was commended, but the RGSB pointed out that without increased funding, achievements in this area will be limited.

Furthermore, the increased interest in gambling-related research from academics and researchers is viewed as a positive development.

However, progress on the majority of the priority actions has been criticised and the RGSB has called for a more intense effort over the remaining period of the strategy.

The report detailed areas where this effort should be focused. For operators, detecting at risk customers and developing new software to intervene in potential cases of problem gambling developing should be prioritised.

Other stakeholders have been advised that focus should remain on understanding and measuring gambling-related harm and developing a national strategy on education and treatments to prevent this harm occurring.

The Gambling Commission has taken on more responsibility in the leadership and coordination of the strategy.

The Commission also issued a public statement in response to the report.

In a statement posted on its website, the Commission stated that the report has served to remind it that much more work in all areas needs to be done.

We can see there has been progress towards delivering the National Responsible Gambling Strategy by the industry and others. But we are now in the final 12 months of the three year plan, and we remain concerned that many of the priority actions have not moved along as far as they should have. The concerns highlighted mirror some of those within our own ambitious strategy to make gambling fairer and safer for consumers. The challenge we all face is how to deliver a gambling market that provides consumer choice and enjoyment whilst also protecting against the risks gambling can create and its impact on wider society.– Tim Miller, Gambling Commission executive director 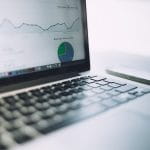