RedKings, part of the Microgaming Poker Network (MPN), has announced that it is to close its sports betting and poker platforms on 28 April. Its online casino will continue to operate for the time being. 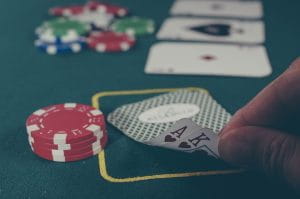 The sports betting and poker platforms will close at the end of April. © Pixabay.

Poker players have until 28 April to play through bonuses, while the sports betting platform will cease to operate on 24 April.

RedKings was originally part of the Ongame Network that shut down some years back. The platform was criticised by many and had high rakes, which led to RedKings moving to the MPN in 2016.

Despite this, RedKings never achieved a huge following. Legal and regulatory restrictions in the US meant that the operator targeted European audiences, where it faced stiff competition. However, RedKings was at this point one of the oldest poker brands in Europe.

The sportsbook was launched in 2010 as the operator looked to diversify its product, using Every Matrix’s OddsMatrix platform.

The operator has not announced reasons for the closure, but it is believed that compliance costs in regulated markets were impacting the business.

After nearly 13 years of shuffling cards at the tables, we regret to inform you that we are closing two of our products on RedKings (Poker and Betting). The casino will continue as normal and your account will stay active so you will be able to access your funds to play or withdraw at any time using your same log in details. You can also continue to play poker and finish your existing bonuses with RedKings until the 28th April, but new bonuses will no longer be issued and the monthly Chase and Point per Day promotions have now been stopped for April.– Statement, RedKings 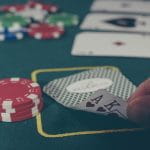