Premier League newcomers Leeds United have agreed to terms on a sponsorship deal with sports betting operator SBOTOP. The deal signals a return to the market for the operator who previously traded under the SBOBET brand. 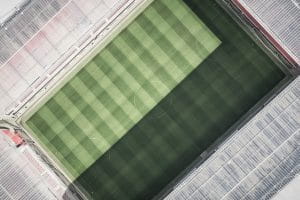 Leeds United will wear the branding of Isle of Man sports betting operator SBOTOP on the team’s first-team shirts as well as on the Yorkshire club’s training kits. Although no financial details have been revealed, the club has confirmed that the deal is the largest commercial deal that Leeds United have agreed to in their 101-year history. The agreement with SBOTOP is the second consecutive time that a gambling company have sponsored the club, their previous sponsorship deal was with Kindred owned 32Red.

Paul Bell, Leeds United’s executive director called the new agreement with SBOTOP a “landmark” day for the club’s commercial strategy as they target partnerships with global brands. Bell revealed that negotiations on the deal had been taking place for a long time. He added that he had been very impressed by their experience and the proactive nature in which SBOTOP engaged with the club. Bell added:

Now that we have returned to the Premier League, we are in a position to work with SBOTOP on a truly global platform as we both look to achieve our goals.– Paul Bell, Leeds Executive Director

Bill Mummery, Executive Director at Celton Manx/SBOTOP, said of the deal: “We are thrilled to enter into a relationship with Leeds United, a club with rich heritage and an enormous fan base. We have experience of working in the Premier League, and this strategic partnership allows us to work closely with the club as they enter into this next phase of their history, back in the top flight. These are exciting times for all concerned, and we can’t wait to get started.”

The Premier League is well supported in Asia, the company’s main market. Sponsoring a club, especially in the top-flight, is seen as a valuable marking tool. It was a strategy that the parent company Celton Manx employed with the SBOBET brand who sponsored several clubs, including Bolton Wanderers, West Ham and Wigan Athletic.

The former SBOBET brand accepted UK customers until 30th September 2014, exiting the market due to new licencing rules that came into effect at that time that introduced a new point of consumption tax. The company, at the time, cited poor financial results. The operator did hold discussions with the Gambling Commission, seeking to continue servicing their existing customer base without actively recruiting UK players, these talks, however, broke down.

Although SBOTOP does not accept players from the UK currently, the firm plan to launch a new UK site that will run on TGP Europe Limited’s platform on a white-label basis, it is not known when this will go live. Visiting the website from the UK displays a message that access to this website is restricted from this location.

Leeds United was promoted to the Premier League by topping the Championship table. Their tally of 93 points was ten more than their closest rivals West Brom.

Manager Marcelo Bielsa led the Yorkshire side to promotion in his second season at the club, narrowly missing promotion in his first season when Leeds finished third and were beaten in the play-offs. The manager enjoys celebrity status in the city, even having a street named after him. 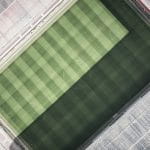