Top-flight football is set to resume in England with the Premier League confirming a restart date of June 17th. The first game to be played will be Manchester City v Arsenal which was the first game to be suspended due to the Covid-19 outbreak on March 11th. 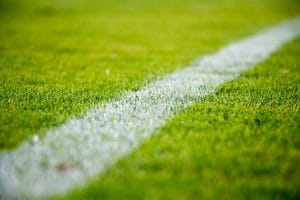 The long-awaited return of Premier League football is just over two weeks away after the Premier League confirmed that the season would continue on Wednesday, June 17th. Ninety-two fixtures remain of the current campaign, meaning football clubs will face a busy schedule over the next two months.

Football was officially suspended on March 13th after a meeting between the Premier League, Football Association, the English Football League and the Women’s Super League. It was concluded in that meeting that the risk due to the pandemic was too high and suspended the Premier League, EFL and Women’s Super League competitions. The Champions League and Europa Leagues were also halted.

The last Premier League match before the suspension of action was Leicester vs Aston Villa on March 9th.

While all games will be played behind closed doors, armchair fans are in for a treat this summer as all remaining fixtures will be shown on tv. Sky Sports will show 64 live Premier League games and will make 25 of them free-to-air, including the Merseyside derby in which Liverpool could secure the title if other results go in their favour.

Stephen van Rooyen, Sky CEO, called the return of football is a big moment for the country, and the company wanted the nation to join them. Saying:

Our commitment to showing 25 matches ‘free to air’ for the first time in the history of Sky Sports recognises the unique times we are in, and our desire to play our part. – Stephen van Rooyen, Sky CEO.

In a surprise move, it was also announced that the BBC would be showing live games from the Premier League for the first time. The last time a top-flight league game was shown on the network was during the 1987-88 season, five years before the founding of the Premier League in 1992. As well as expanding its popular highlights show, Match of the Day, the broadcaster will show four live games. The dates and teams involved are yet to be announced. Amazon Prime will also broadcast four games; the company became a Premier League broadcaster for the first time this season, showing every game from the first round of midweek fixtures in December and all ten matches on Boxing Day last year. The remaining twenty games will be shown on BT Sport; the company has not yet confirmed any further details. The increase in games, coupled with the removal of the Saturday 3 pm ban on showing matches, means fans will see more football than ever before. Broadcasters now have 16 slots a week for football, including a new 6 pm slot on Tuesday, Wednesday and Thursday. The weekend schedule is also increased, alongside the Saturday 3 pm slot, a new 8 pm game will be played. Sunday also sees the introduction of a later game that starts at 7 pm as well as a further 12 pm fixture. 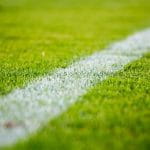