PointsBet have agreed on a five-year deal with broadcaster NBC Sports. The deal will give the operator access to NBC owned platforms with the American company taking a share in the bookmaker 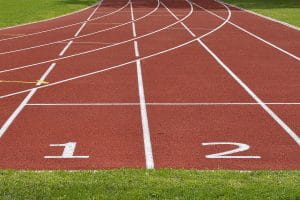 Australian bookmaker PointsBet’s odds will be shown on the Rotoworld fantasy platform and the free-to-play NBC Sports Predictor app as part of a media partnership with NBC Sports. The five-year deal will give the operator access to the Golfnow brand, which gives them access to a substantial database of golf bettors.

As part of the deal, Comcast-owned NBC Sports’ parent company, NBCUniversal will take a 4.9% stake in PointsBet, they will also earn commission on customers who sign up to the bookmaker using NBC’s platforms. They also the option on 66.88 million shares after the five-year term.

The two companies plan to create additional prediction games as well as adding additional content to the NBC Sports Predictor app, which was developed by Boom Sports and was released last year. PointsBet has pledged $393m (£296m) to spend on advertising throughout the deal.

Swanell highlighted NBC’s decision to take a share in the company highlighted the broadcasters dedication to the deal, saying:

NBCUniversal’s decision to take an equity stake in PointsBet illustrates the alignment of our strategies, the trust across teams, and our shared belief that the US gaming market is a once in a lifetime opportunity.– Sam Swanell, PointBet CEO

These sentiments were echoed by NBC Sports Regional Networks President David Preschlack who said the deal was “extensive and robust” and enabled both companies to realise the benefits of the fast-growing sports betting market. He said he was excited at the significant activation opportunities as online gambling continues to increase across the US.

The deal between the two companies is unlikely to come as a surprise to industry insiders, CBS Sports executive Eric Foote joined PointsBet in January, and it seems likely he would have a key role in brokering this partnership.

This deal with NBC Sports is the second partnership that PointsBet have secured this month, previously agreeing to terms with Twin River Worldwide Holdings. Twin River is in the process of acquiring Bally’s Atlantic City Hotel & Casino in Atlantic City, and pending obtaining regulatory licenses and approvals, they intend to launch PointsBet’s proprietary online casino product in New Jersey.

George Papanier, President and CEO of Twin River explained the benefits saying of the deal; saying “PointsBet will be a great addition to our growing partnerships with innovative leaders around the world, Adding an exciting iGaming experience with such a prominent partner, as well as significant property upgrades to the Bally’s facility.”

PointBet raised $200m by listing on the Australian Securities Exchange last year to help pay for this ambitious foray into the potentially lucrative American market. Other Australian bookmakers such as Tabcorp are thought to be closely watching Pointbet’s progress. 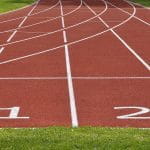