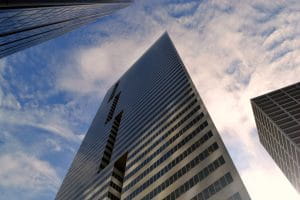 William Hill International’s current COO, Stephen Parry, will replace Patrick Jonker as the company’s managing director at the end of the month on an interim basis.

The former MD of Betsson Group has been in the post for less than three years, joining William Hill International in March 2019. During his tenure at the company, he oversaw the integration of the Swedish Mr Green brand, which William Hill bought a 92% controlling stake in for £245m in January 2019.

It was William Hill’s purchase of Mr Green that led to the creation of William Hill International.

According to industry insiders, Jonker’s decision to leave the company is due to personal reasons. It is not connected to the forthcoming sale of William Hill’s UK and International operations to 888.

The operator will be looking for a successor for Jonker, with Parry taking over managing director duties at the end of the month until a replacement is in post. The two will work together in Jonker’s final weeks to ensure a smooth transition.

“I am very proud of what we have accomplished at William Hill International over the past two-and-a-half years,” said Jonker.

“This transition has been in discussion for some time but the timing needed to be right.

“I am pleased to say we are now at a point where I feel comfortable stepping aside for new management to prepare for the next chapter for William Hill International,” he added.

888 finally agreeing on a deal to purchase William Hill’s non-US assets from Caesars Entertainment for £2.2bn ended a long-running saga between the two companies who have been close to uniting in the past.

888 had previously tried to buy William Hill, most recently in 2016 when they teamed up with the Rank Group and launched a £3bn bid which was ultimately rejected by the William Hill board.

“We look at other opportunities almost all the time, different scales and different kinds of combinations, not only mergers but acquisitions as well,”

“The market has been very lively, and there’s been a lot of consolidation, so different kinds of opportunities come our way. Some of them we approach, some we don’t, its a mixture,” he added.

Analysts have lauded 888’s recent financial performance and have recommended investors buy the company’s shares, largely based on the firm’s strong balance sheet. This strong performance has allowed the company to take on more than £2bn in long-term debt to finance the acquisition.

Pazner addressed the decision to double down on debt, saying:

“If you go for a transformational deal, that will almost always either include a significant raise of equity or debt or a combination of the two,” he said. “So once we went into this process, we knew it would require significant amounts of debt and leverage on the business, but we felt this is the right time to do it.

“The business is trading very, very well, and the balance sheet was essentially clean. We’ve made already in the last few years huge investments in our product and now we want to bring scale on to these products.

“William Hill is not in a very dissimilar position, they’ve been in a good growing position during the last 12 months. “The main thing is you want to make sure you have the ability to pay back debts fast and to grow the business, and with two well-positioned businesses, I think we have a better ability to do that,”the CEO concluded. 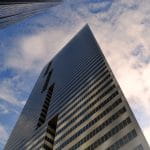