Paddy Power has unveiled enhanced betting features in time for punters to use during Euro 2020. The new functionality, which includes form analysis, will be available on their website and app. 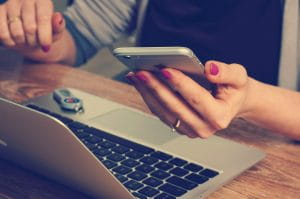 Irish bookmaker Paddy Power has introduced several technical improvements to its sportsbook app and website, which the operator believes will improve customer’s football betting user experience ahead of Euro 2020.

Previously, punters had to access external websites to check the form of teams. The Flutter Entertainment owned company has redesigned the interface so that customers can now see the last five results of a team without leaving the app or page.

Paddy Power said of the changes: “You can now put together a betting match made in heaven using the latest form on Paddy Power where every team’s last five results are displayed on our betting markets, so there is no need to flick over to SoccerSofa or FlashFootball and their endless pop-ups anymore,”

The operator state they have also listened to feedback from their customers regarding the difficulty in navigating to football markets and have introduced a big football icon on the website, which will enable punters to access games more quickly.

Another innovation that Paddy Power has introduced is a Top Markets feature for the coupons page. This functionality allows customers to build accumulators involving different games and use the Bet Builder option without entering individual fixtures. With just a tap or a click, punters can swop between the normal odds screen to other types of popular markets such as first goalscorer and the over and under betting market.

“In case I need to spell it out, that could mean the end of clicking and tapping in-and-out of 14 different matches when you’re building a bet,” a Paddy Power statement added.

The final improvement that Paddy Power has introduced affects customers who use the Android app and mobile app. When customers build accumulators, the updated total odds will be displayed at the bottom of the interface as each selection is made. This feature is a functionality rivals such as bet365 have had for a while.

The Dublin-headquartered operator has also encouraged its Irish customers to get behind England by pledging to donate €10,000, equivalent to £8,600 for every goal scored by the Three Lions during Euro 2020. The money will go directly to grassroots Irish football, with the operator guaranteeing a minimum of €100,000 as part of their ‘Save Our Game’ initiative.

The controversial bookmaker has promised to double the amount it pays per goal if either Jack Grealish or Declan Rice score for England in what the operator calls the “backstabber” bonus.

Both Grealish and Rice represented the Republic of Ireland at youth level before switching their allegiances to England.

Irish pundit Eamon Dunphy and former Irish international Damien Delaney, who now plies his trade at Cork City, are the faces of the #SaveOurGame campaign and Dunphy said:

You have to admit, there’s a bittersweet irony to the prospect of a Southgate squad featuring Jack Grealish and Declan Rice being responsible for improving the state of Irish football– Eamon Dunphy, Irish pundit

“The #SaveOurGame campaign could mean a senior club gets their leaky roof fixed because Harry Kane found the back of the net. “But I think it goes without saying that we hope England score loads and lose in a penalty shoot-out in the final,” Delaney added.

England starts their Euro 2020 campaign on Saturday when they face Croatia; they are in Group D and will also face Scotland and the Czech Republic. 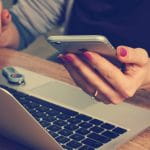