According to sources in Australia, Paddy Power Betfair and CrownBet will go head to head in the bidding for William Hill’s Australian business. 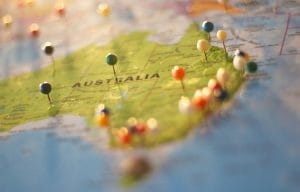 William Hill entered the Australian market back in 2012. © rPexels.

The Australian Finance Review broke the news last week, while both operators have since confirmed their interest. Both operators can now do their due diligence on the asset in preparation for a formal bid.

Offers and valuations are being kept secret, but it is believed that William Hill will look for a sale value of around AU $200m. The winning bidder is expected to be announced next week.

Along with Paddy Power Betfair and CrownBet, Bet365 and Ladbrokes had expressed interest in purchasing too.

However, after all four operators submitted formal bids, just Paddy Power Betfair and CrownBet have been allowed to continue with the process.

Problems from the outset for Hill’s Australian business

Launched in 2012 after acquiring SportingBet and tomwaterhouse.com, William Hill’s Australian arm has been troubled for some time, with the bookmaker declaring a pre-tax loss of around £75m for 2017 last week.

The regulatory landscape proved increasingly tough for Hill to negotiate, culminating in a strategic review of the Australian arm being undertaken in January. William Hill was reported at that time to have invested AU $700m on its Australian venture.

In its final results statements for 2017, in which William Hill reported large losses, the operator claimed:

Legislative changes, floated for years by the Australian government and introduced recently, have plagued Hill’s Australian business. Recent amendments have seen changes to the types of payment which gambling firms can accept, with credit-funded payments now outlawed. This was always touted to have a huge effect on online gambling firms operating in Australia. This has been accompanied by tax hikes in some Australian states.

With regulatory challenges introduced and more on the horizon, market consolidation seems a good bet for the future. For both of the operators, consolidation with William Hill’s current operation seems a smart move, as they look to scale up and make cost savings. 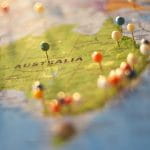