Operating profits down 15% at William Hill

William Hill has published a trading update this morning showing operating profits at the group are expected to be down 15% on the year for 2018. 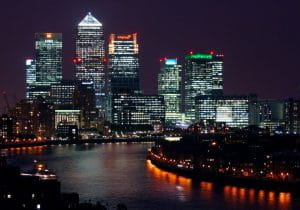 Profits were expected to be down on the year due to US expansion and difficult high-street conditions. © Pexels.

Adjusted operating profit for 2018 is expected to be £234m, which is in line with estimations. However, that is a 15% drop from the previous year.

The fall comes after what the bookmaker has described as a difficult year for its high-street operation.

However, underlying profit increased by around 4% on the year, when not accounting for the costs of the new online customer due diligence measures and US expansion.

The bookmaker also heralded the performance of its online vertical, as well as its successful expansion in the US. The investment in the US broke even for 2018, but the future there looks bright, with Hills now live in seven US states with regulated sports betting.

2018 was a pivotal year for both William Hill and the wider industry. We now have greater clarity around the key challenges and opportunities for our business. In 2019 we will remodel our Retail offer while building a digitally-led international business, underpinned by a sustainable approach as part of our Nobody Harmed ambition. With rapid expansion underway in the US, building on profitable foundations, and the acquisition of Mr Green nearing completion, we look forward to making further progress this year.–Philip Bowcock, William Hill CEO

The group also announced today that its public cash offer for Mr Green has been completed. That move was approved by competition authorities earlier this month.

Mr Green’s Malta office looks set to become Hill’s international hub post-brexit. Restructuring also continues in anticipation of the acquisition. Earlier this month, omni-channel director Itai Hadas announced he is to leave the bookmaker in the Spring. The group also warned that around 100 jobs could be at risk.

You can read the trading statement in full at William Hill Plc’s website.