Premier League club Newcastle United have agreed to a long-term extension to their sponsorship deal with Asian gambling firm FUN88. 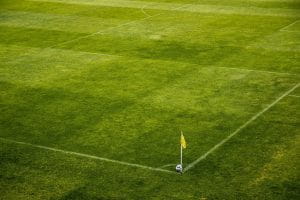 Newcastle United players will still wear shirts with the FUN88 logo after the club agreed to extend the deal that was signed in 2017. As part of the deal, players will also wear training kits with the online bookmakers branding.

The extending of the sponsorship deal is likely to be seen as good news, especially in the current financial climate due to the coronavirus with clubs facing big losses. There could, however, be a backlash against the club for choosing to renew a sponsorship deal with a gambling company.

Newcastle United’s managing director, Lee Charnley, said: “We are delighted FUN88 has renewed its relationship with Newcastle United and committed its support to the club over a number of years to come. Charnley added:

Building on the success of our partnership to date, we look forward to this next phase and working together to engage fans and grow our collective reach around the globe.– Lee Charnley, Newcastle managing director.

A FUN88 spokesperson said: “FUN88 is delighted to continue its association with Newcastle United Football Club. Together with the club, we live the dream of expanding our fan base across all continents, especially in Asia”.

Highly influential MP Carolyn Harris has stated that banning betting companies from the front of football shirts was “the most obvious thing to do”. She has urged the government to outlaw the practice as part of the new Gambling Act that is being considered. The Labour MP for Swansea East said she understood the financial pressures that clubs were under, but she said that football clubs need to wean themselves off betting sponsorship. She cited the example of tobacco sponsorship, in which sports such as F1 relied heavily on upon but had to seek alternative sources once it became illegal to advertise tobacco.

Harris added that although she was not against sponsorship, she said, “it needs to be something that is far more family-friendly instead of things that can cause addiction.” Adding: “It’s the messaging that’s really important. It’s a family environment, and therefore the sponsorship needs to come from a family organisation.” The MP added that her biggest worry was that children are very loyal to clubs and betting adverts normalise gambling. Citing the example of Fifa 2020, Harris said the game replicates reality entirely. If your team has a gambling logo, on the game, it shows that gambling logo.

Asked how confident she was that the government would ban sponsorship from football and other sports Harris said she was “fairly confident”. She added, “groups who have reported or commented on this have said it is an area [ministers] need to tackle immediately. So I’m quite confident that will happen.” Another surprise about the deal with FUN88 is the timing as Newcastle are currently awaiting approval for a takeover. The club has been in limbo as a £310m bid by the Saudi Public Investment Fund, brokered by Amanda Staveley, is being scrutinised by the Premier League.

When new owners take over a Premier League club, they often take advantage of the advertising opportunities available, just as present owner Mike Ashley did with Sports Direct when he took control of Newcastle United. Ashley bought the club in 2007 with a £133m takeover. 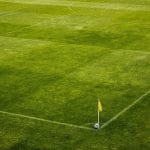