Sports betting could be one of the verticals affected under proposals from Monzo. The online bank has written to the Department for Digital, Culture, Media and Sport, urging the government to introduce rules forcing banks to offer gambling spending blocks. 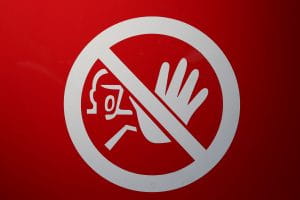 Monzo is calling on the UK Government to introduce rules which will make it mandatory for banks and other financial institutions to offer customers the ability to impose gambling spending blocks.

In a letter to the Culture Secretary, Oliver Dowden, Monzo’s CEO TS Anil said the 2005 Gambling Act’s current review was a ‘fantastic oportunity’ to build a “standardised, comprehensive framework of self-exclusion tools”. He urged the government to introduce mandatory gambling blocks as he believed such a move would help “estimated 2 million people in the UK experiencing harm”.

The online bank, founded in 2015, has enabled its customers to block gambling-related transactions since 2018. The company states that over a quarter-of-a-million customers have made use of the facility.

Anil explained: “These blocks are opt-in features that customers control, are simple to build, proven to work, and will help protect hundreds of thousands of people,”

“The government will also need to take steps to future proof these tools and address new developments in the online gambling market to make sure such comprehensive payment blockers and harm reduction measures work today, next year, and in the decades to come,” he added.

The company also want the government to force gambling operators to reveal their bank details which Monzo propose would be stored on a central database. The rationale for this is that banks, building societies and other financial institutions would then be able to block bank transfers to operators, something they are currently unable to do.

ANil continued: “By opening up this data, the government would take the first step towards helping firms build truly comprehensive gambling payment blockers, keep pace with developments in the gambling market, and keep protecting every UK consumer who chooses to use them,”

Another suggestion that Monzo made in the letter was the issue of loot boxes with the bank urging the government to work with tech companies and find a way for the purchasing of these boxes being categorised differently. Currently, there is no way for banks to differentiate between loot boxes or other purchases, so they are unable to block their purchase.

Monzo state that loot boxes are of growing concern to their user base and would like the government to reclassify the purchasing of them as a game of chance. Such a move would class them as a form of gambling, which would bring them under the regulator’s remit, the UK Gambling Commission. 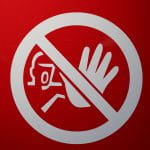