A poll has revealed that most UK adults favour a blanket ban being introduced on gambling advertisements. They also support an end to sponsorship of football clubs and other sporting teams and players by operators. 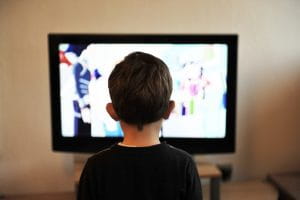 A new survey by data specialists YouGov has revealed that almost two-thirds of adults who participated in a survey would support an outright ban on gambling advertisements.

An even higher percentage of 76% for adults and 64% for young people believe there should be no advertisements on social media that encourage people to gamble before 9 pm.

On 2 July, the House of Lords Select Committee published its review of “the social and economic impact of the gambling industry”. In that 194-page report, they recommended a ban on gambling advertising in sports. The YouGov poll showed that 65% of adults and 54% of young people agreed with the recommendations.

Respondents to the survey also believed that operators who offer gambling products should pay more towards reduction and prevention measures for gambling-related harm, with 76% of adults stating that a mandatory levy on gambling should be introduced.

The Royal Society for Public Health (RSPH) responded to the findings. Christina Marriott, Chief Executive of RSPH, said: “Advertising is a powerful force in our society – it not only influences what we buy, but it also tells us what is normal and what we should aspire to. Given the harm that gambling can inflict on individuals, families, workplaces and communities, we need to take a stronger stand against it being embedded into our social and cultural lives.”

We no longer allow air time to other products which harm our health, like tobacco products: gambling should be no different.– Christina Marriott, RSPH Chief Executive.

Ronaldo removed two bottles of Coca-Cola from in front of him, shaking his head and said “agua”, which is Portuguese for water. Similarly, Paul Pogba, who is a practising Muslim, removed a bottle of Heineken beer. The guests on Good Morning Britain, led by Susanna Reid, urged footballers to take the same approach with gambling companies when it was highlighted that Christiano Ronaldo has ties with Poker Stars.

Another high-profile footballer, Zlatan Ibrahimovic, was recently fined more than £43,000 for violating Uefa’s betting rules. The AC Milan striker owned 10 per cent of gambling site Bethard but was forced to sever ties with the company. The player could have faced a three-year ban due to his involvement. 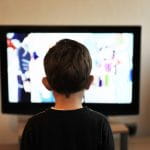